Is there anything more disgusting than a person who uses a man’s personal tragedy as a way to attack him?

But that didn’t stop famous lib-tastic author and some sort of running legend Dane Rauschenberg from doing exactly that with Eric Bolling, who just lost his son after agreeing to leave Fox News amid allegations of sexual harassment.

This is first-rate douchebaggery, the kind which should be physically painful. 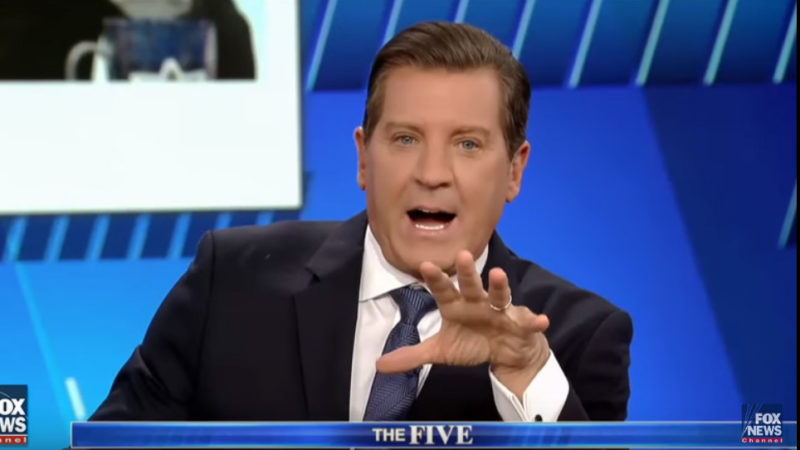 On Sunday night, Eric Bolling went through with the profoundly uncomfortable task of confirming that his son had passed away mere hours after learning that he was to be let go from his job at Fox News.

Adrienne and I are devastated by the loss of our beloved son Eric Chase last night. Details still unclear. Thoughts, prayers appreciated.

Democrats from all over the media were able to put aside any existing ideological differences and send their condolences to Eric and his family.

Unfortunately, not all liberals are capable of such basic human decency.

Like Dane Rauschenberg – loser extraordinaire, who used the tragedy to stroke his political ego.

Maybe I'm missing the point, but isn't this just incendiary and targeting someone who is grieving?

But instead of backing down on his impossibly insensitive statements, Dane actually doubled-down and decided to insult the people who are calling him out for being a garbage bag with legs.

The world needs less hate, but this guy apparently didn’t get the memo. I want to make it extremely clear that there is a difference between being a “snowflake,” which is someone offended by stupid things that don’t actually mean anything, and being someone who takes exception to a fake celebrity kicking a parent while he’s down.

No, the death of his son doesn’t make Eric any less of anything, but the things you brought up are totally subjective and you just said them to insult him because you’re a liberal and he’s a conservative, and your sense of human decency is completely dependent on what your political ideology says you should think about them. You’re brainwashed, you’re a cretin and you’re certainly not a liberal other true liberals would be proud of.

Good people are able to put away things like political differences to mourn with a father who just unexpectedly lost his son. That right there tells you that Dane is not a good person and we shouldn’t make the mistake of viewing him as such.

It will never cease to amaze me how disgusting people can be in the wake of tragedy and it’s something that you never really get used to. Let’s hope he finds Jesus, who is the only one who can save his wretched soul.