Mariah Carey Made A FOOL Of Herself Onstage And It Goes VIRAL – VIDEO!

I would go to a Mariah Carey concert to hear her sing because, let’s be honest, the woman has some pipes. She can sing notes only detected by dolphins and bats.

One thing that nobody can say they wish to see is her dance moves, or lack thereof. It’s actually so embarrassing that I’m suffering from second-hand shame. 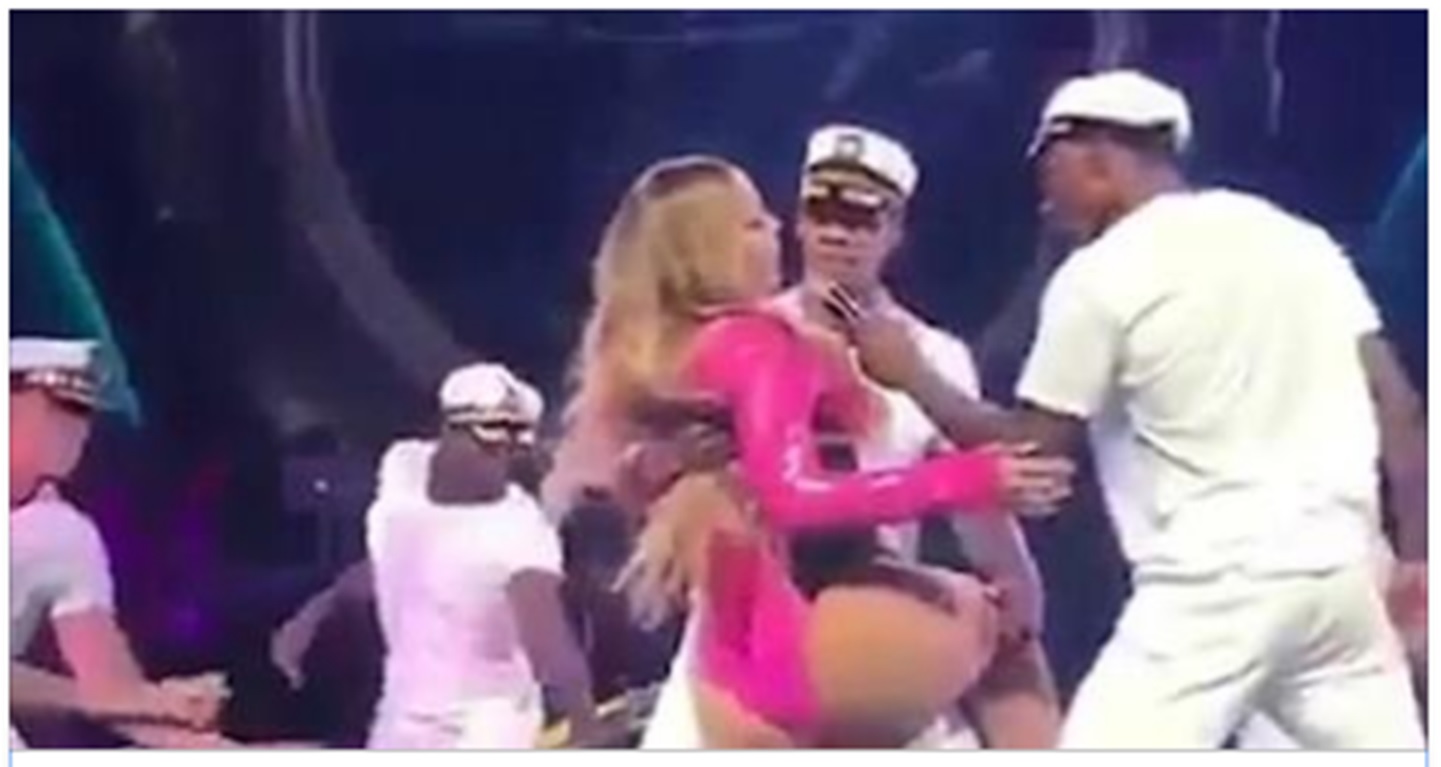 During her recent performance, Carey decided to bust a move, with “bust” being the key word here.

In the beginning, she appears to try to dance along with her background dancers, swaying her hips. She makes some odd arm movements that are more consistent with someone experiencing a cardiac episode and then a male dancer awkwardly pulls her into his arms. Her stiff smile during that particular segment really says it all.

He lowers her back to the ground and she pulls herself back to her feet.

Don’t get me wrong, I would never dare to make that many movements in heels that high, but if you’re going to do it you have to do it right.

Watch the cringe-worthy video below:

A few people speculated that she may have been drunk during the performance, which would explain quite a bit. It’s also possible that she was just tired and trying to make the performance worth watching.

I’m not some sort of expert, as I have all of the rhythm of a tone-deaf earthworm in a tap dancing competition, but if I were Carey I wouldn’t commit to dancing in the future. In fact, if I knew I was tired and unable to perform the moves, I would request some sort of seat to sing. A throne, perhaps.

There are a few entertainers who are known for their dancing as well as their vocals, such as Beyonce, Lady Gaga, Britney Spears and Madonna. If that’s not your deal, then maybe don’t go for it. You just end up looking stiff and weird.