There have been several reports indicating that Marie Osmond[1] has offered to preform at the inauguration of Donald Trump. While this would be great, it turns out that she never actually intended to sing, “No matter who won!”

Osmond did give an interview to Yahoo Finance[2] stating that the inauguration should be a time to “unite,” but gave no indication that she would actually take part in the festivities. 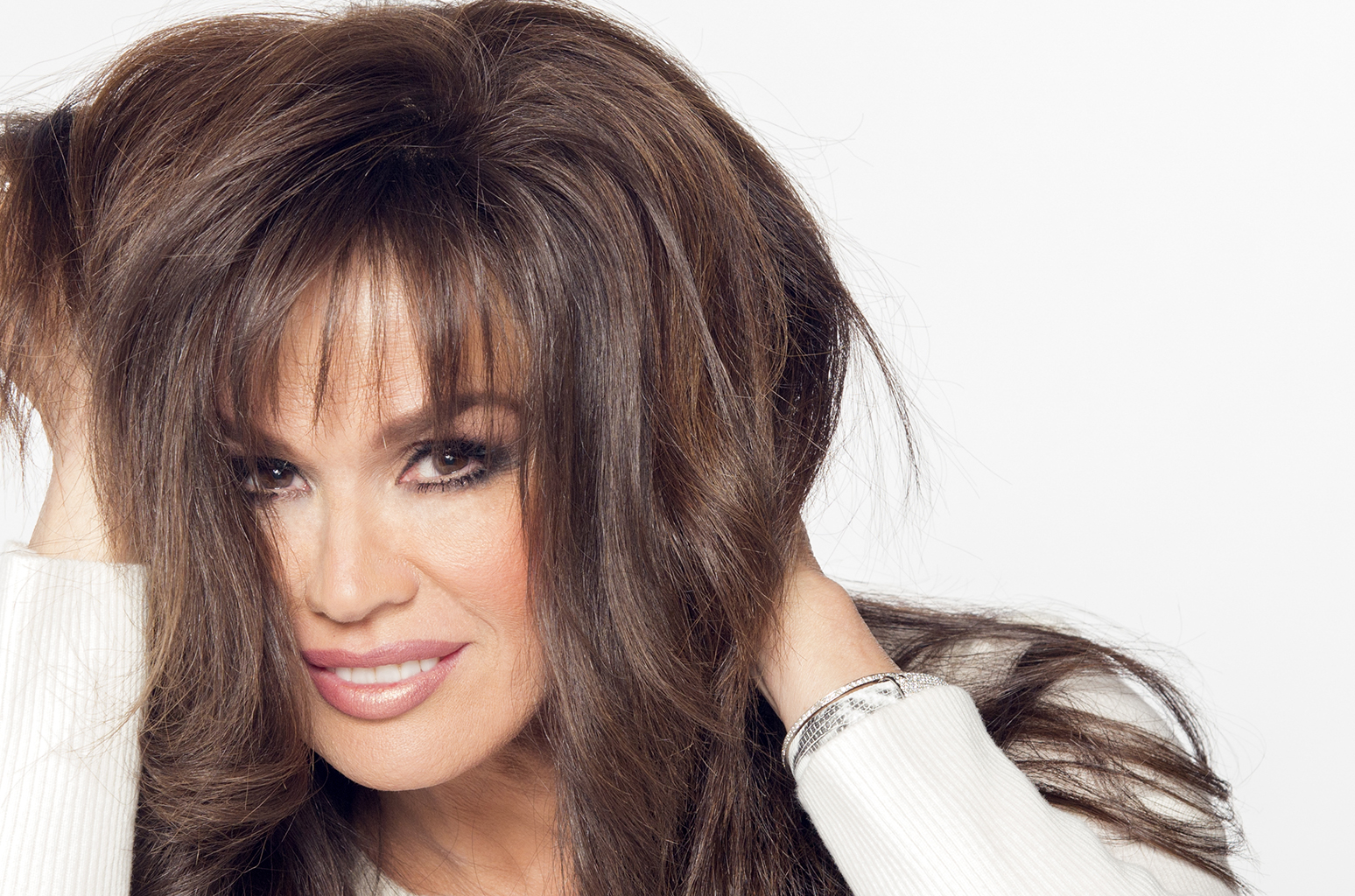 She decided to clear up the rumor in a statement on her official Twitter account[4] where she made sure everyone knew her intentions. 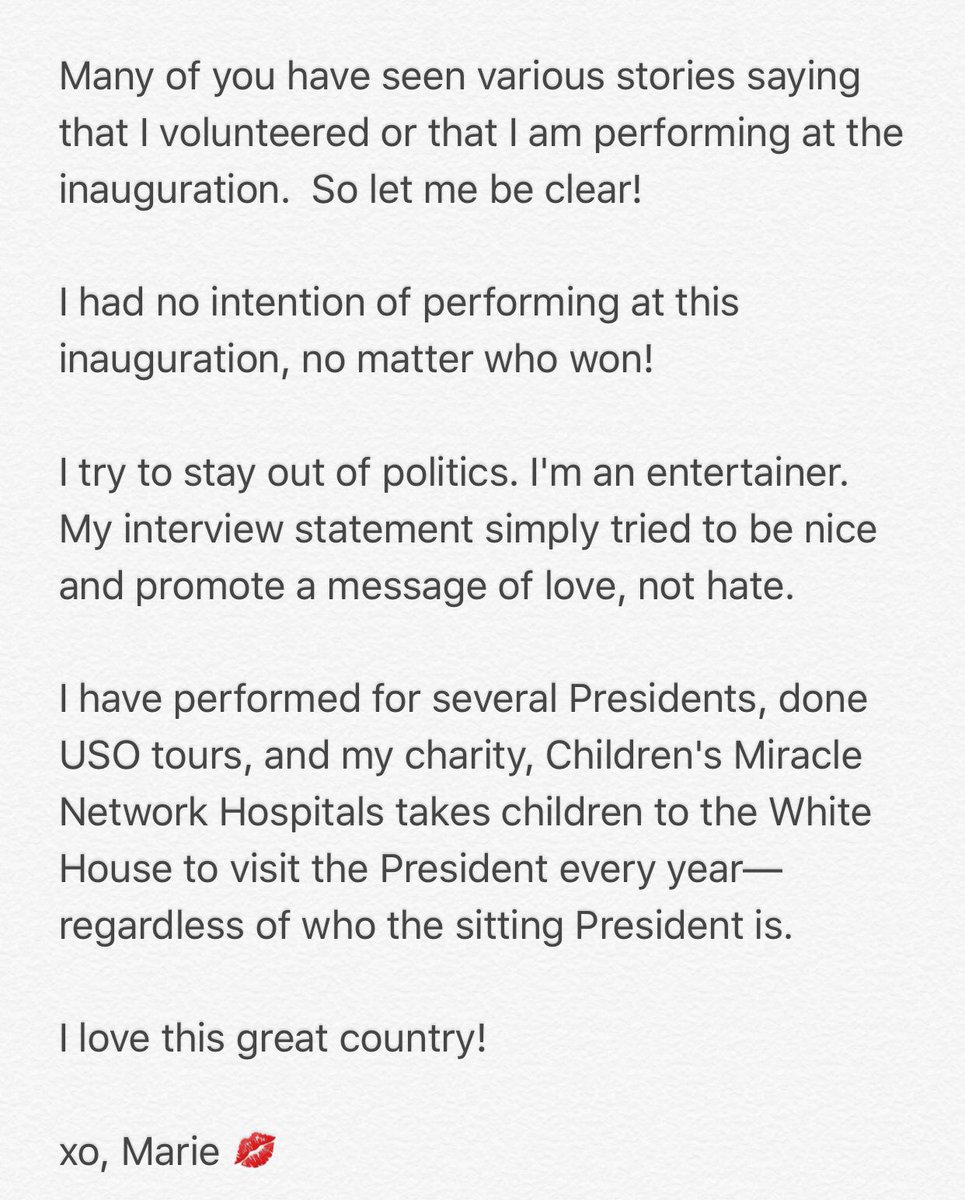 Keeping in line with her requests for unity, she did not disparage Trump which is a nice change of pace. She also said something that we don’t hear a lot from celebrities, so let me take time to highlight that part:

“I try to stay out of politics. I am an entertainer.”

I’m glad that she didn’t use her platform to promote division or hatred, or even brush off Trump which she very easily could have. It is unfortunate that she won’t be there to sing, but the way she went about clearing up the rumors is much classier than we might have seen from other artists.

Thank you, Marie, for promoting unity and peace, instead of adding to the dog-pile of Hollywood celebrities on President-elect Trump.