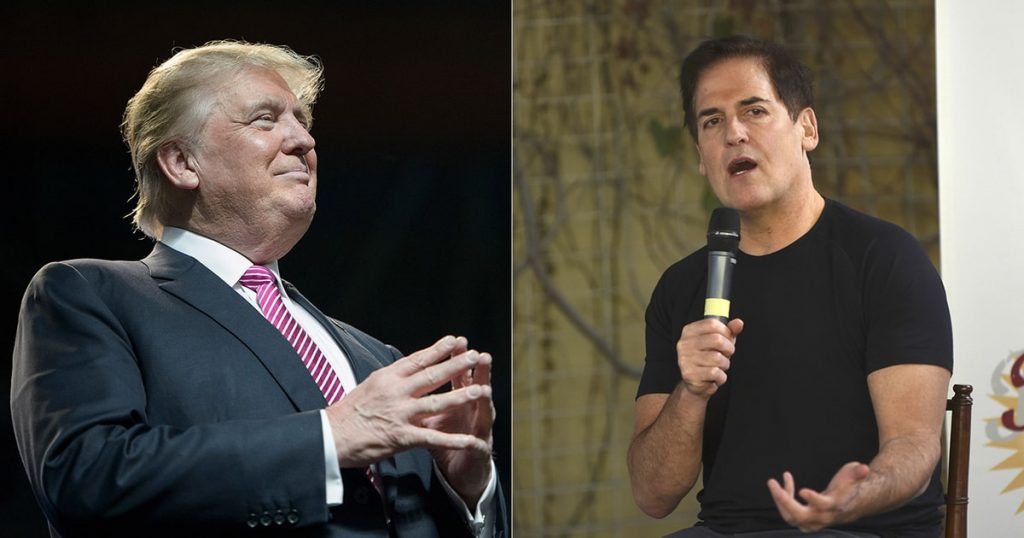 Billionaire Mark Cuban is “considering” a run for the Oval Office in a new clip from a podcast just released yesterday.

In the podcast interview with ViewPoint hosted by a former Democratic state representative from South Carolina, Cuban claimed to be an “independent all the way through.” Host Bakari Sellers pointed out that Cuban did, in fact, support Hillary Clinton during her 2016 failure against Trump and asked if he had any plans to give a hand to the Democrats in next year’s 2018 midterm elections.

Back in July of 2015, a month after Trump announced he was in the running, Cuban said that Trump’s “honest answers rather than prepared remarks” were part of his package as “the best thing to happen to politics in a long, long time.”[2] In a letter, he went on to say that he doesn’t care about what his “actual positions” are, or if he says the wrong thing, but simply the fact that he speaks what’s on his mind is “more important than anything any candidate has done in years.”

When Sellers asked him outright:

“Mark, are you considering running for President of the United States?”

“Yes. Considering, yes. Ready to commit to it, no.”

He went on to say that if he could come up with good solutions to issues, it would make “perfect sense” for him to run on those solutions.

[email protected][3] tells me he is "seriously considering" running for POTUS. New pod out now! https://t.co/ckOMQXoFHZ[4]

Cuban is one of the main investors in Shark Tank and is the owner of the NBA’s Dallas Mavericks team. He was born in Pittsburgh, but now he lives with his wife and three children in Texas. Cuban has been fined over 1.6 million dollars by the NBA for making “critical statements” about referees and the league itself.

The relationship between Cuban and Trump went a little south. By September of last year, Trump was ripping him on Twitter:

Cuban had managed to get front row seats to watch Trump debate Hillary. So, Trump threatened to sit him next to Gennifer Flowers, one of Bill Clinton’s many sexual assault victims. That would certainly take the wind out of that old bag.

This one minute video that includes part of Cuban’s interview has been moved to the :20 second mark where he voice begins: