I’ve been watching the whole dust-up between Megyn Kelly and Bill O’Reilly and I’m about to rant on it. First off, let me say that there are many of my friends and colleagues who disagree with me on this. That’s fine, I could be wrong. But before I even start here, let me say this… I refuse to throw Bill O’Reilly under the bus because he’s accused of something there is no proof of. Don’t get me wrong, I’m not a huge fan of O’Reilly, but I thought in this country, you were innocent until proven guilty. That’s also a Christian belief and yet, everyone has found O’Reilly guilty suddenly. I find that… convenient, to say the least.

One of O’Reilly’s accusers has already been discredited as a liar. Everything I’ve ever heard about the guy indicates he’s a consummate professional. The only thing I heard about him that gave me pause, was that he dated at work. But that is a common occurrence. Not exceptionally smart in his line of work, but understandable.

I do not care for Megyn Kelly. I never have and I see her stepping forward on this as a desperate move to put herself in the limelight. She’s not accusing O’Reilly of sexual harassment… she’s belittling him for holding onto thank you notes from her and Gretchen Carlson. 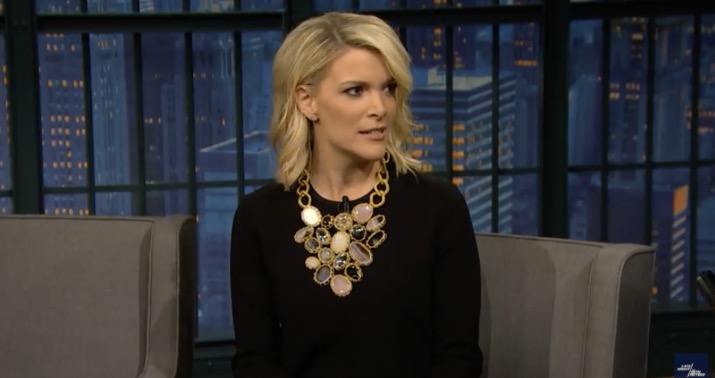 Let me tell you something… that would be the smart thing to do in his line of work. He should have kept all correspondence in case he ever found himself in this position. O’Reilly is furious over all this. Who can blame the man? He paid a lot of money to several women to stop this so his kids wouldn’t be subjected to the legal system and the media circus. Settlement does not imply guilt. As for the $32 million being bandied around, we don’t know that number is correct. But say it is. O’Reilly may have thought it was worth it. Another bad decision, but it once again does not mean he’s guilty.

Kelly is using this to get her face out there. It’s self-serving and frankly disgusting. She talks about O’Reilly silencing women who come forward… how about women falsely accusing men? How do they defend themselves other than with money? Yes, Fox News’ legal PR department is notorious for bullying and being abusive. I’m not saying there wasn’t abuse. I’m convinced there was by Ailes and others. However, I was never convinced on O’Reilly. These new allegations all came out when O’Reilly appeared on Hannity’s show and the ratings went through the roof. These leftists are trying to discredit him because they see him as a threat.

O’Reilly deserves to be heard and not burned at the stake over all this. If he turns out to be guilty, I’ll be right there with everyone else. But prove it first. They are destroying him unfairly on both the left and the right. So, while I have great empathy for women who are the victims of sexual assault and harassment, I have no patience for accusations not backed up by proof. I would not want to be treated that way and I refuse to become part of a witch hunt. Megyn Kelly suddenly breaks her silence and slams Bill O’Reilly on air when she has the worst ratings in the industry. Doesn’t that seem contrived to you? It sure does to me. Prove it Megyn.