You would think that raping, robbing and murdering are the worst crimes on the planet, but you would be mistaken. No, apparently mistaking some actress for Trump’s Press Secretary, Sarah Huckabee-Sanders, is the single worst thing you could ever do to a person.

“Freaks & Geeks” star Busy Philipps learned this the hard way when Democratic Coalition chairman Jon Cooper used a photo of her from the hit show to pick on Huckabee-Sanders and take a shot at her father, popular evangelical and former Presidential candidate Mike Huckabee. 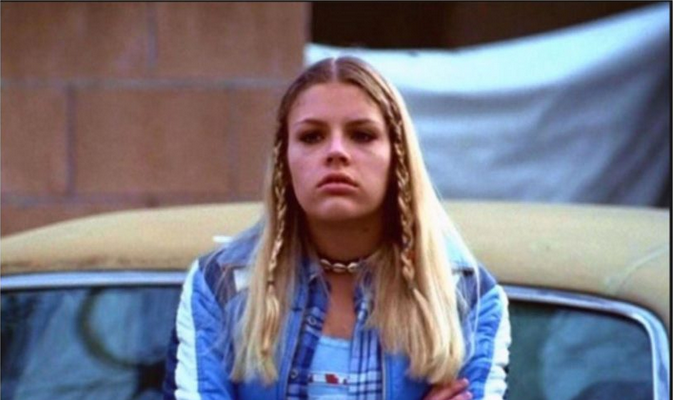 Cooper decided to post a picture in order to pick on Sarah for looking “habitually pissed when she was a teenager.” 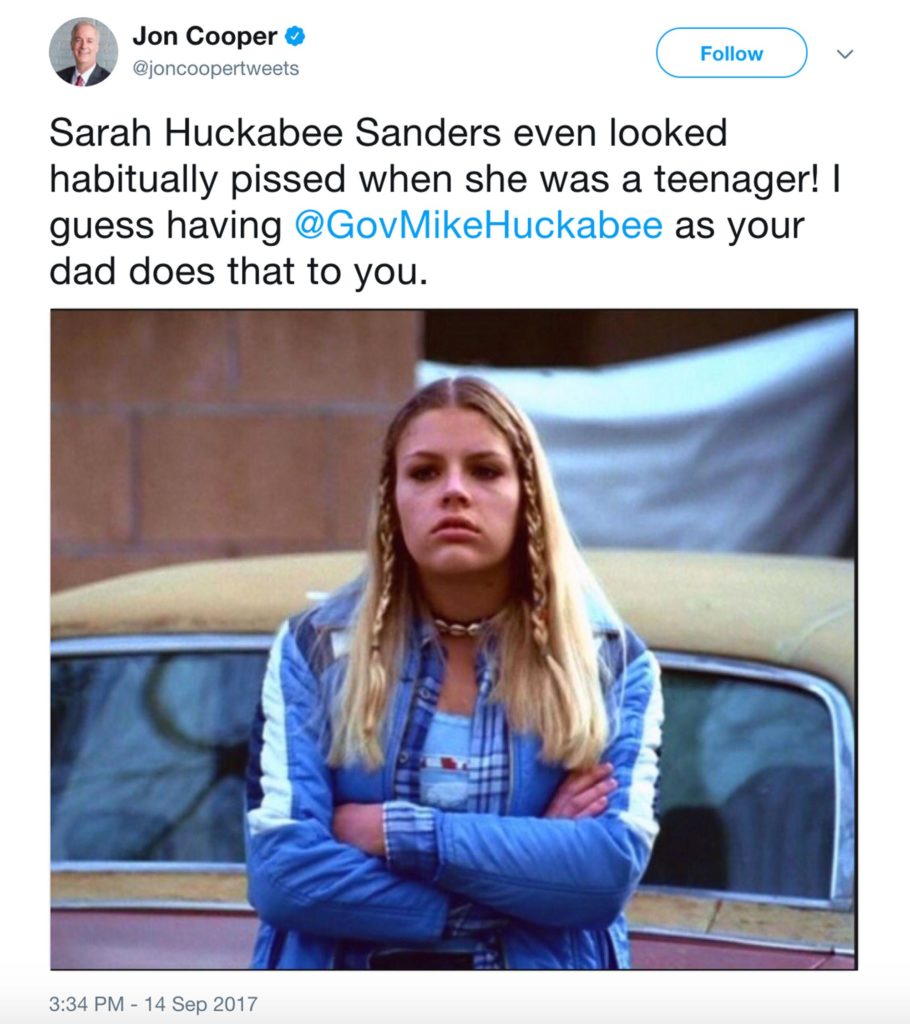 Unfortunately, the pic actually belongs to a famous actress who didn’t take the comparison as a compliment. To the contrary, she actually blew up on the poor, mistaken fellow.

ARE YOU FUCKING KIDDING ME? IS THIS A JOKE? THIS IS ME FROM FREAKS AND GEEKS. FAKE NEWS. https://t.co/3l8WVntlG3[3]

And here comes the high-maintenance Hollywood attitude that is just so cliche that it will make you full-body cringe.

I AM NEVER GETTING OVER THIS. I AM ACTUALLY DEAD NOW https://t.co/3l8WVntlG3[3]

I missed watching Freaks and Geeks (although my kids loved it!). I found that pic online & it was identified as being Sarah Sanders. My bad!

… but she was absolutely not having it. When her followers tried to calm her down, she snapped at them too.

APPARENTLY NOT SINCE HE THINKS IM SARAH HUCKABEE SANDERS https://t.co/JQ9yDwZc0i[9]

“I deleted this tweet after I found out the pic wasn’t Sanders but rather an actress w/ a huge fan base (who now all HATE me, lol). My bad!” Cooper tweeted in a pathetic, attempt at reconciliation.

While Philipps is also a liberal, she did take the time to chide Cooper on his choice to attack Huckabee-Sanders for her looks rather than her job, or the man she has chosen to work for.

ALSO. Pick on a woman for the insane lies she tells. Not cause she looks pissed off while telling them. I love women who look pissed off.

Now despite her tirade and the epic lib-on-lib action that we just saw, she does have a point. It’s ironic that a liberal has to be told not to attack a woman on her appearance, given that they are always the ones lamenting about how unfairly women are judged based on how they look. They seem to forget their own rules when it comes to criticizing conservative/Republican women, but it’s good to see women like Busy who hold everyone to that standard. She didn’t give Cooper a pass because he’s a liberal, and she didn’t let him beat up on the Press Secretary because she’s a Republican.

And she’s right. Slightly pissy women do have an attractive, strong, powerful look about them that is totally awesome in the right context. If you don’t believe me, look at Dana Loesch.