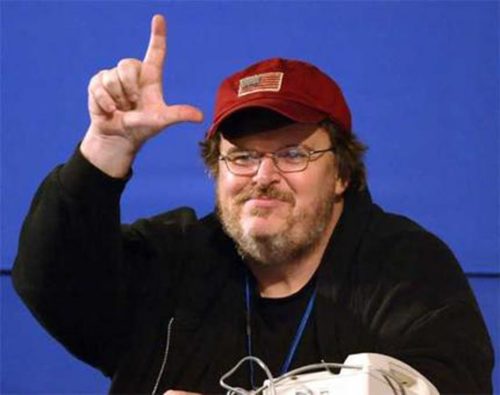 It’s hard to find a political dial that turns far enough Left to describe Michael Moore[2]. His radical views are well known. And his chosen identity as a “documentary filmmaker” has certainly provided years of inept projects and depressing video footage. But more recently, he is back in the news for yet another classless poorly worded attack on President Trump.

Moore tweeted out, “Hey loser-you LOST. You lost on Nov 8 & you lost on Friday. You hold fake power that was not given to u by the majority of Americans. Loser.”

Hey loser-you LOST. You lost on Nov 8 & you lost on Friday. You hold fake power that was not given to u by the majority of Americans. Loser. https://t.co/Qnd4R0omuV[3]

It appears that Moore has a problem recognizing reality. Firstly, Trump is not a loser. Why? Because he WON the Presidential election. So yes, he won on November 8. Secondly, His power, as President of the United States is absolutely real, not fake, as Moore says. And thirdly, as has been said many times, American elections are won by winning the electoral college, not the popular vote. Popular vote doesn’t count. The majority of electoral votes went to Trump. He won.

Now, as far as Friday’s vote on the Skinny Repeal, indeed the GOP lost that one, thanks to one of their “own” selling them out. 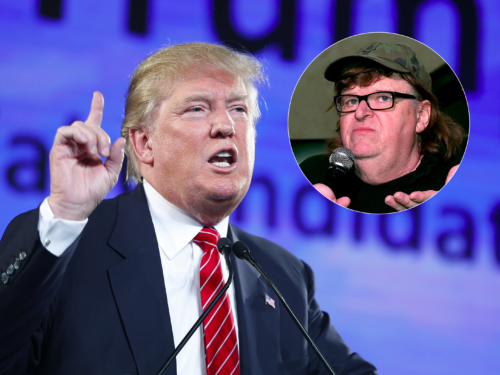 Michael Moore has always been unhinged. And his statements rarely make sense. The words he chooses are little better than a child who is just learning to express himself. What kind of adult uses the word “Loser” to refer to the President and then expects to be taken seriously?

Twitter had a good laugh at Moore, calling him out on his silly nonsense. One particularly great response is below.

Come again who is the loser?

Michael, isn’t there some documentary on the mating habits of sewer rats that you could be making?