You know. I can’t think of anyone more irrelevant and inept at traversing the heart of Americans everywhere and really relating to the rest of the world than Miley Cyrus. 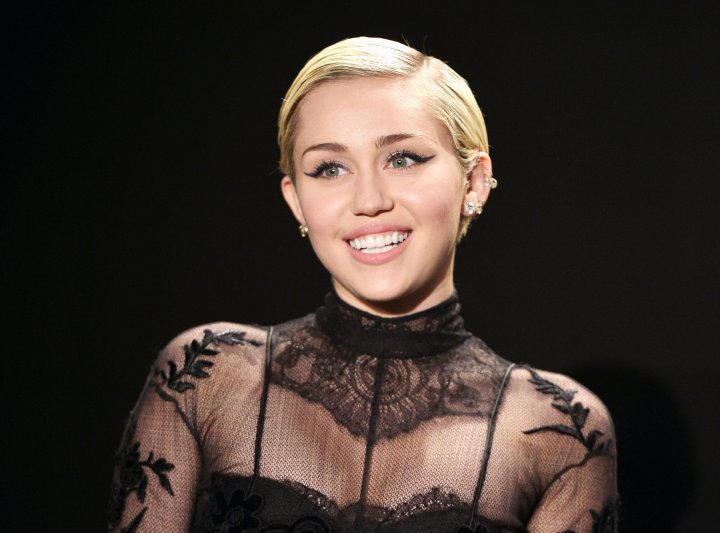 The Disney child actor turned pop star adds as much contribution to society as her talent does to the music industry. Yes, I know she is actually successful. I’m just knocking on what a terrible, horrible voice she has. But now that we have the petty out of the way, let’s get down to the dirty. Where this young star likes to play.

Okay, that was the last one.

Cyrus gave NME Magazine an opportunity to interview her and it was during that interview that her mouth became an unceasing anti-Trump bugle. If you can remember, it was Cyrus along with a bunch of other dopey celebrities that vowed that they would be exiting the U.S. if the devil himself, Donald Trump was to win the White House.

Well, he won, and we are still waiting for these lying sacks of worthless cow dung to actually pull through with their ‘convictions’. Well, now it would seem that Cyrus herself has proclaimed that she will never leave, instead deciding to what?…You guessed it! Stay in the U.S. and FIGHT Trump with everything she’s got!

…America, are you as bored and fed up with the virtue signaling as I am? 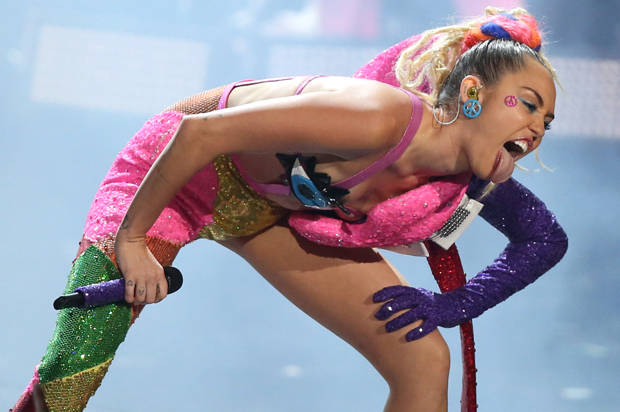 Cyrus claims that she will attack Trump by fighting “hate with love.” Oh please, what a load of nonsense. These idiots’ idea of love is agreeing with everything they say. Love. Give me a break. The only love these degenerates like Cyrus have is love of themselves and anything that is like them. The only truth that Cyrus speaks during this whole mess of an interview is that she admits that her previous plan to leave the country if Trump won was completely ‘dumb’.

“I’m not leaving the country, that’s dumb. Because that’s me abandoning my country when I think I’ve got a good thing to say to my country. And trust me, I hear every day on my Instagram, ‘Just leave already! When are you going to leave?’ Wherever I am, my voice is going to be heard, and I’ll make sure of it.”

Oh please. One horribly sang pop song after another is all we need. Please! No more!

The dope went on to explain:

“I’m fighting hate with love. I’m doing this concert this week in Vegas and for ‘Party In The USA’ the screens will say ‘education’ and ‘healthcare’ and ‘equality’, ‘justice’, ‘freedom’, ‘liberation’, ‘expression.’ These things are what make up our country. It’s not a party in the USA if it’s filled with hate, discrimination, walls, violence, all these things.”

She has no idea what makes out country great…