It wasn’t very long ago that Dog the Bounty Hunter announced that he and his wife were struggling with her recent and shocking diagnosis of Stage II throat cancer[1]. The couple didn’t ask for pity, they asked for prayers and it seems like their prayers were answered.

During a two-hour special on A&E entitled “Dog And Beth: Fight Of Their Lives,” he was able to make the announcement that Beth’s pathology report indicates that she is entirely cancer free. 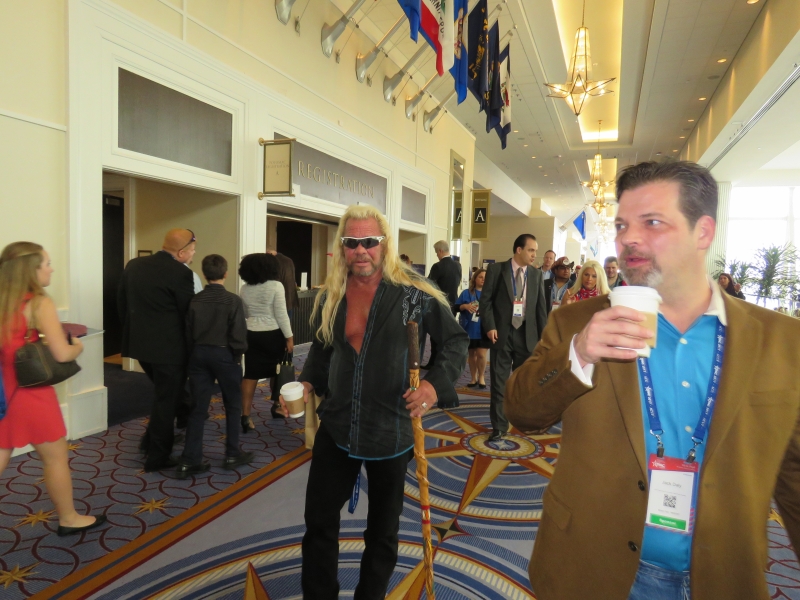 Dog the Bounty Hunter at CPAC

If you love me, Lord, you’ll let me die first. Don’t let me bury Bethy,” he said during the show. Anyone who has lost a family member to cancer knows that it’s hard to even fathom burying a loved one so early, especially a spouse. My family was forced to watch my father die after a 9-month battle with Stage IV metastatic malignant melanoma and it was the hardest thing we have ever done. Nobody wants to outlive their spouse, but to watch them battle with something so fierce and unforgiving, it’s something that changes you and the nature of your relationship completely.

So, when he received the pathology report that indicated that Beth was no longer battling cancer, he breathed a sigh of relief. One that many families will never be able to to express.

“Hello, attention. No cancer,” he said to his family and the cameras, who were there to catch every moment.

“There is a God. This could be a miracle. This could be a healing,” he said. “[The doctor] said if I wasn’t such a good husband it wouldn’t have worked out that great. Oh, I can breathe. Beth Chapman, you did it.”

Cancer is not something that you play around with. You need to hit back hard and fast, and never give up. It is nothing short of a miracle that she survived her battle, but the rest of her life is going to be spent getting check ups and making sure it will not come back. That is much easier to deal with than an active case of cancer, believe me, but it is still a struggle.

Thank goodness she beat this. She is a strong woman with a family who loves and support her, and she will go on to do good things.