It was a sad ending to a long relationship[1] when Miranda Lambert and Blake Shelton went their separate ways after ten years of being together. Sometimes, things just work out that way unfortunately. Now, Shelton is with Gwen Stefani and is very much in love. Miranda Lambert is single again and dating. She’s trying to pick up the pieces of her life and move on. That’s all you can do. Marriage is hard enough, but if you are successful and in the entertainment business, it can be brutal. Both deserve their privacy and time to heal their wounds and move on. I don’t know why they split, but it really doesn’t matter. What matters is what they make of things now. 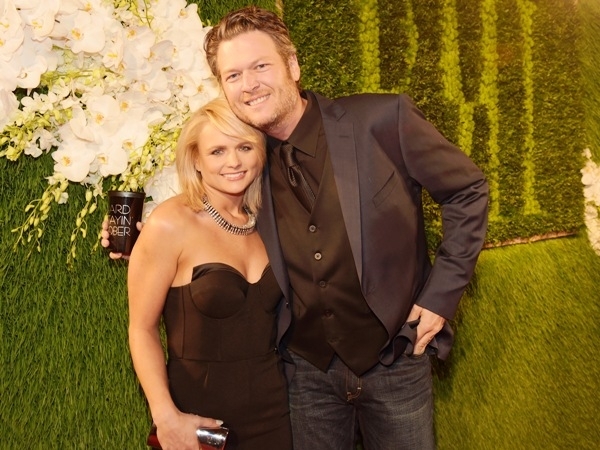 Miranda Lambert is finally opening up about her divorce from Blake Shelton.

In her new cover story for Cosmopolitan magazine[3] — which Entertainment Tonight[4] and NBC’s “The Today Show”[5] reported this week —  the 32-year-old songstress talked about the split more than four months after Shelton filed papers to end their marriage.

“Marriage is a tough business, and we gave it our best college try,” Lambert said, adding that she is still trying to process everything.

After six years of dating, Lambert and the 39-year-old “The Voice” coach tied the knot in Texas in 2011. The pair, however, announced in July that they were ending their relationship.

“This is not the future we envisioned,” the pair said in a joint statement to People[6]. “And it is with heavy hearts that we move forward separately. We are real people, with real lives, with real families, friends and colleagues. Therefore, we kindly ask for privacy and compassion concerning this very personal matter.”

The cause of their breakup remains a mystery, but Shelton has since moved on to a new relationship with Gwen Stefani. The “Little Red Wagon” hitmaker, on the other hand, reportedly told Cosmopolitan that re-marrying is not anywhere near her radar.

“I had a great relationship with an amazing man, so I know what good is,” Lambert told the mag. “I have a great launching pad for the future. I will never take that for granted.”

However, E! News[7] recently reported that Lambert has gone back on the dating scene, but there’s no one serious on the horizon yet.

“Miranda is doing wonderful! She is staying busy and really happy. She is dating and enjoying single life,” a source said. “She is taking things slow and just going with the flow. It’s all about her now though. Her friends think she is in a great mind space.”

Though Lambert and Shelton did not have any child during their marriage, Lambert is still hoping that she will have a family of her own in the future.

“She can’t wait to one day have children, if it’s meant to be, and have a husband again,” the source told E! News. “She has not given up on love.”

Check out Miranda’s full interview with Cosmopolitan when it hits newsstands on Dec. 3.

I hope that Miranda remarries and has children and a happy life. I can already tell that Blake and Gwen are in love and very happy. Both are incredibly busy with work and Miranda is going to have a girl’s trip for Christmas. I’m sure she’ll have a blast. I think that Lambert still loves Shelton, but in time that will fade and she will find someone else. It’s not the future they envisioned, but those are the cards they were dealt. They are people just like the rest of us in many respects and are trying to find their way. They’ll do that apart, but in the end it will work out for the best, I have no doubt about it.