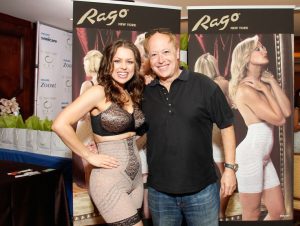 The only work I’ve seen of Danny Zuker isn’t his television scriptwriting, it’s the tweets. Zuker is one of the writers on the TV show Modern Family (which I’ve never watched) and since he’s exhausted himself attacking Donald, he’s now turned his attention to Barron Trump.

The notion to “leave the kids out of this” is as old as time. Your children are not responsible for your sins, your job or your life, but nasty people who are running out of things to attack will often go for the kids. Barron’s life is stressful enough as it is, with the kind of media attention the rest of us can’t imagine. In fact, one of the strict rules imposed on the staff here at Right Wing News is to never attack the children or family of a politician.

So, here’s what our friend Danny Zuker, Certified Angry Liberal, wrote: “Does anyone know how Barron is doing after watching that clip of his dad assaulting a woman with a golf ball?”

Does anyone know how Barron is doing after watching that clip of his dad assaulting a woman with a golf ball?

This is in response to one of the retweeted gifs posted by Trump a few days ago[3], of two pieces of video put together of Trump making a solid swing… oh, just watch it here:

Some anonymous guy on the Internet is making funnier content than Hollywood, so Hollywood has to go berserk. And of course the tweets start pouring in to try to chastise him from bringing Barron into the conversation.

When one user tweets: “I think Barron is 100% off limits. He’s a child. Leave him out of the conversation,” the responses to him are insane:

Remember when Kathy Griffin posted a video of herself holding up Trump’s decapitated head, ISIS-style, and it disturbed the 11 year-old Barron Trump? Yeah, because his father pointed out that it bothered his son (who lives with the very real fear that terrorists are attempting to murder his father every day), now all lefties get to pile onto Trump for retweeting a silly gif of Clinton tripping.

Earlier this month, we noticed that one of the writers for Modern Family, Danny Zuker, registered a friendly “F**k Christians” on his Twitter account. If you want to end DACA, he said, “your Christianity is bull***t.” He wasn’t just attacking Christians, but anyone who holds Judeo-Christian values. Islamic values are fine, then, right?