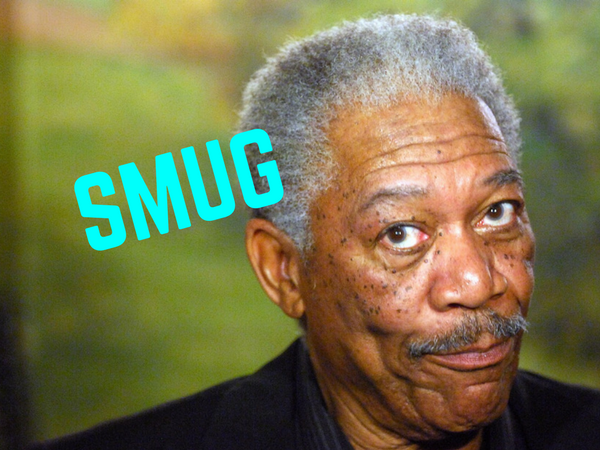 Morgan Freeman, an actor, is now an expert on foreign policy and in a new video he wants to tell you about how Donald Trump is a big meanie and liar who is a commie, or something.

Please, no more actors who think they’re experts on Russian involvement in American politics. We already have Rob Reiner[2], we don’t need you too. First of all, there was no Russian meddling in the American election. Nobody in the tech or social media community on the right takes this seriously, because we know that “Russian involvement” usually means Chinese hackers spoofing Russian IPs. Hillary’s email server is the real story here, not “Russian meddling.”

Freeman is hooking up with Rob Reiner, as mentioned above, and luminaries who really hate Trump like David Frum to put pressure on Trump to come clean about Russian interference with the election.

Secondly, shouldn’t these lefties welcome Russians? Everyone who talks politics loudly in Hollywood seems to be a communist. In the video below, Freeman tells us that Putin started in the KGB, which was an arm of the Communist Soviet Russian government, and that Putin is now influencing Americans… shouldn’t that mean that the evil capitalist pigs in America are getting some good, hearty, truthful communist propaganda?

But here’s the catch: So far, while U.S. intelligence has pointed the finger at Russia, saying that they hacked the Democratic National Committee’s emails, there is no evidence that Russians had anything to do with Trump’s campaign. But really, these are Russian IPs, or Internet Providers. Your computer’s IP lets the rest of us know which physical location you are accessing the Internet from. It’s how Hulu and Netflix know you’re in America. If you cross the border, your selection of movies will change based on your new IP. And if you’re reasonably adept at computers, you can “spoof” an IP and change your computer’s signature to make it look like you’re in another location. If you’re going to be interfering with the Democrats, you’re definitely going to be spoofing your IP to make it look like the computer that’s invading your space is in a whole different country… and the usual IPs that are chosen for this are ones in Russia.

Anyway, it has been proven that President Obama was aware of the “Russian meddling” during the campaign and failed to do anything about it, despite repeated criticism by representatives in his own party.

Rob Reiner and friends are now heading their stupid Investigate Russia committee and just for laughs let’s take a look at the left-wingers that popped in to criticize them already… because the group doesn’t feature any women in charge. The left are eating themselves and we all just get to laugh.

Any plans to include women? None listed in the advisory board as of yet + plenty with skill in this arena.

Here’s the two-minute video talking about the authoritarian regime in Russia.