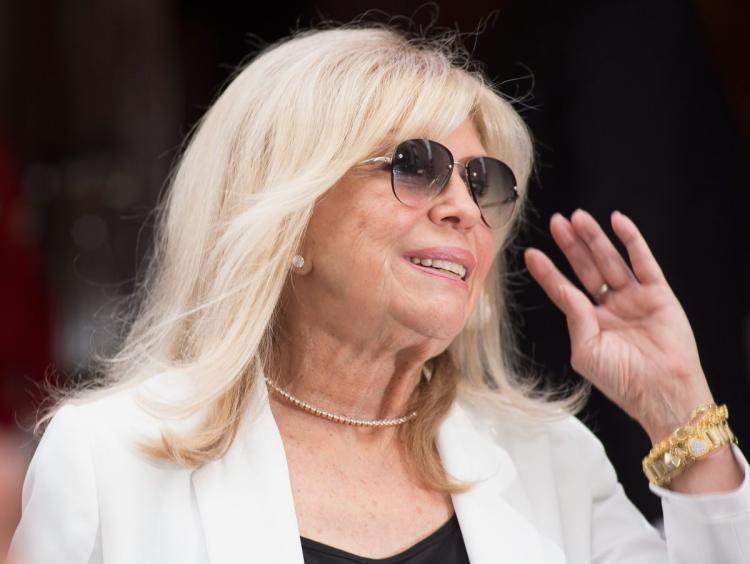 Nancy Sinatra was already a write off. Now, she might have to be bundled off into a white room. Or into a jail cell.

“The murderous members of the NRA should face a firing squad.”

NRA: 5 Million Members @NancySinatra[3] feels they should be murdered by firing squad, but THEY are the “murderous” ones. Okay. pic.twitter.com/lsTACjnxIt[4]

Ah Nancy pants, most seem to be the psycho @DNC[6] party members. How about just ban guns from the left & give to the right that respect life pic.twitter.com/CFhoYizaKZ[7]

Nancy Sinatra? She still alive? And acting Judge, Jury, and executioner?
Senile dementia is a terrible thing to witness!

What NRA members have been involved in mass murder. Listen to the news, the killer had bomb material. He could have drop a bomb instead.

Nancy already deleted the original tweet, where she was referring to a Daily Kos article entitled: “The burden of proof is squarely on the NRA: How the hell are you making us safer?”

This is following a long line of rabid lefties trying anything to throw the blame for the Las Vegas Massacre committed by Stephen Paddock on the NRA. Sen. Diane Feinstein is trying to ban the bump stocks that use the natural recoil action of the AR-15 to make it operate more like a fully automatic than a semi, despite the stocks being made legal during the Obama era when they were written off as “goofy, little doodads[11].” So far, Jimmy Kimmel has taken the cake by blaming gun owners squarely for the complicity in the massacre. The rest of us are shocked that Stephen Paddock had never been reported to the authorities before he committed the murders, because his history is spotty, terrifying and unhinged starting with his FBI Most Wanted bank robbing father and the neighbors who never interacted with the weird guy who kept guns in massive storage lockers in his garages.

Paul Anka was originally scheduled to sing his hit My Way for Trump’s Inauguration[12]. Nancy decided her opinion was highly valuable at the time, because her father’s version of the song is the one we know the best. Nancy warned Trump to “remember the first line of the song.” In case the words got away from you, the song starts with And now, the end is near… Nancy, please. Your song about boots was cute and all, but you are only anything because of your father.

Poor Frank! Now, he was a conservative! Ronald Reagan threw barbs at him during the Dean Martin Roast of Frank Sinatra. In 1980, Sinatra called Reagan the “proper man to be the President of the United States… it’s so screwed up now, we need someone to straighten it out.” He even donated $4 million to his campaign! Quite a change for someone who once stumped for FDR. JFK visited the movie set for Ocean’s Eleven back in 1960 to spend time with the Rat Pack.

For a nice throwback, here’s a four minute video of Frank at the 1980 Republican National Convention.