It would seem that Donald Trump as President of the United States has been the last straw[1] for MSNBC host Joe Scarborough.

During a taping of tonight’s broadcast of CBS’ The Late Show, Scarborough disclosed that he was no longer a member of the Republican Party and that from that night on, he is an independent.

Chris Licht, is the executive producer of The Late Show and was a shoerunner for Joe and his morning show. 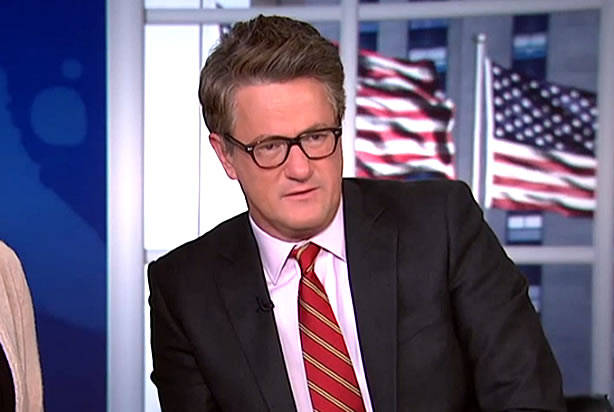 The former GOP congressman has been extremely captious of POTUS over the past few months, leading to a very public conflict with Trump that eventually resulted in the President’s notorious bleeding facelift tweet about Scarborough’s co-host (and now fiancee) Mika Brzezinski.

Scarborough sent out the following tweet which would have put everybody’s curiosity to rest…had they had any:

"The Republican Party I was born into and worked in for two decades is nearly gone."
[email protected][7] https://t.co/aHBgBgy7nl[8]

So what? Seriously, is this supposed to be breaking news? Scarborough has ALWAYS been milk toasty, there is no news here. Joe is a moderate with left leanings at best, he has never been a conservative, and was a Republican because the Republicans are hacks, much like himself.

The only redeeming quality that Joe has is that he’s actually left the do-nothing Republicans, who are just as progressive as their phony opponents on the left. But seriously, there is nothing to see here. Nothing has changed. Joe is still the same old schmuck that he has always been and things will carry on as they were. Besides…who gives a crap about Joe Scarborough? No, seriously? Who is actually interested AT ALL about this.