Must-See Video: Montel Williams Breaks Down Pleading for the Release of a US Marine Being Held By Iran

Montel Williams served his country as a Marine, and he still fights for his fellow Marines to this day. In a moving video, Williams broke down while pleading for the release of a Marine being held by Iran. 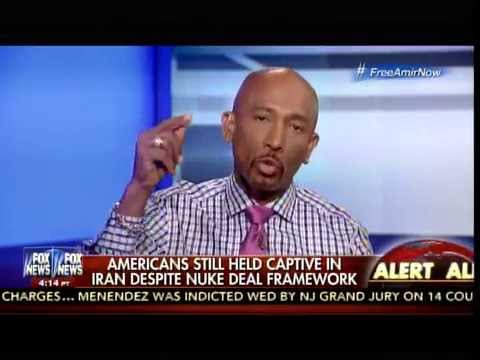 The Obama administration announced today that they had achieved everything they had hoped for in the Iranian nuclear talks. Later today Secretary of State John Kerry announced that none of the American hostages in Iran would be freed.

Montel Williams broke down talking about US Marine Amir Hekmati who has been held in Iran since 2011.

He right now is being held as a prisoner of war because of what he did in Iraq. I say lets make sure Iran holds up in at least the Geneva Convention… And what it will do is give our country the dignity to know that we don’t leave a soldier behind period.

It’s shameful to know that Amir Hekmati can be left to rot in Iran, with the Obama administration doing nothing to free him, while a deserter is freed at the cost of five terrorists. We shouldn’t leave a soldier behind, but the chances of Obama lifting a finger to save any of our captured troops if it isn’t politically advantageous to him are slim to none.