And here it comes…[1] right on cue. Watch for the left to line up a number of celebrities to run for the presidency in 2020. Oprah may be at the top of the heap. She claims she always thought that she didn’t have political experience, so she couldn’t run. But after seeing Trump win, she figures she’s far more suited to the office. Do tell. I highly doubt she could beat Trump, but she’ll probably give it a go. Tom Hanks may as well. And you know who else? Disney CEO Bob Iger… you know the guy who is destroying Disney and perverting it. He just put in the first openly gay character into Beauty and the Beast. Nothing is sacred anymore.

The Democrat Party’s bench is too old and too radical. So they will turn to Hollywood to keep themselves in power. Celebrities are almost as despised these days as the media, so good luck with that move. Everyone knows that most of Tinsel Town is red these days. Oprah let show her intentions in an interview with financier and philanthropist David Rubenstein on Bloomberg. Rubenstein spoke with Winfrey in December for his new talk show, which launched this week on Bloomberg Television. He observed that the glass ceiling for women hasn’t yet been broken and he asked Winfrey whether she’d considered “that you could run for president and actually be elected?” Winfrey coyly replied, “I never considered the question — even a possibility.” “It’s clear you don’t need government experience to be elected president,” Rubenstein noted. Nice cheap shot… typical leftist. 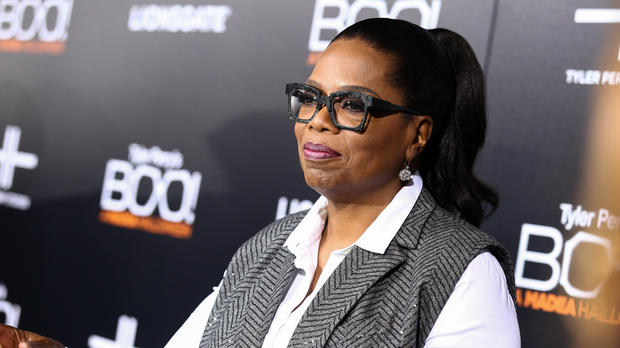 Former talk show host Oprah Winfrey caused quite a stir on Wednesday when she left the door open[3] for a White House run. Seeing Donald Trump’s ascension to the Oval Office gave her the idea. If a former reality TV star can do it, why can’t she?

“I thought, ‘Oh, gee, I don’t have the experience,” Winfrey said in an interview with Bloomberg Television’s David Rubenstein. “I don’t know enough. And now I’m thinking, ‘Oh. Oh.'”

She’s not the only one. Disney CEO Bob Iger is also reportedly mulling the idea[4] of mounting a presidential campaign.

Trump’s win in November proved that the American people are willing to elect a leader with no previous government experience. Do you think Oprah, Iger or other Hollywood figures could mount a successful run?

Oprah is also a billionaire[5] and has a long career as a famed TV personality, talk show host, actress, producer, publisher and philanthropist. She’s also as liberal as they come and would be an astoundingly bad Commander-in-Chief. I’m sorry, liberals just do not make good world leaders in my viewpoint. They are too weak and too politically correct. They are also far too easily corruptible.

Winfrey is also a special correspondent for CBS News’ “60 Minutes,” so it’s a twofer for her… she’s a celebrity AND part of the media. Not exactly resume enhancers these days with the American public. I guess anyone with fame and money now thinks they should be president. The next election is going to be a circus all the way.