Rappers constantly pen lyrics glorifying the thug life, yet for some reason, we’re supposed to be surprised when they get arrested for breaking the law? A rapper who calls himself Scarface embarrassed the BET Hip-Hop Awards when he was arrested immediately after being presented with the “I Am Hip-Hop” award. 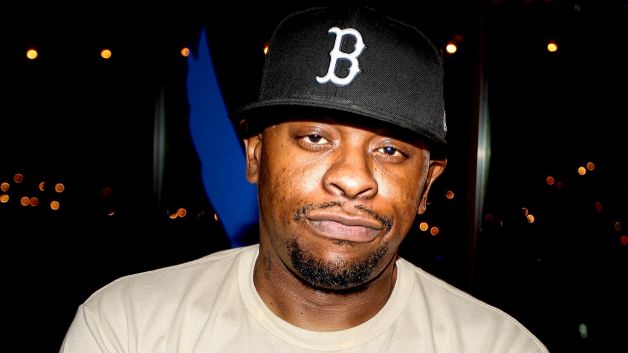 It was a night of mixed emotions for rapper Scarface, 44, at the BET Hip-Hop Awards on Oct. 9. He was honored at the ceremony, but he arrested soon after and thrown into jail for not paying child support! Whoops!

In what should have been a night of celebration for the Texas-born rapper, Scarface, whose real name is Brad Jordan, was presented with the I Am Hip-Hop Award at the ceremony in Atlanta, Georgia, but was soon whisked away by cops and taken into custody at the Fulton County Jail.

Scarface — whose album you can buy HERE — had traveled to Atlanta to be at the awards show from his hometown of Houston, despite reportedly not being able to leave the state.

R&B and hip-hop blog FreddyO gave a detailed account of the incident. “After Scarface exited the stage heading back to the celebrity trailers there were 10 sheriffs waiting to arrest him,” the site reported. “Scarface was so concerned about accepting his award and not disappointing his fans he risked being arrested.”

They added that Snoop Dogg, who was hosting the event, saw the whole thing go down and wasn’t happy about it. “Snoop was back stage when Scarface was arrested and was upset that; the great moment ended on a sour note,” the blog continued.

Well, he certainly is a good representative of hip-hop then, isn’t he? After all, isn’t lawless behavior exactly what hip-hop is all about?