For the love of all that is cute and fuzzy, just when I thought that the whole Eminem/Trump drama was over, the pasty rapper has to bring it back up.

This time his “diss” track is in the news because Eminem is particularly salty that the President hasn’t responded to him. Now perhaps he has a right to be surprised, given the fact that Trump has the tendency to say every single thing that comes to his mind. And you just KNOW he saw the video, because he sees everything. Especially things about him.

Is Eminem really this desperate to sell his music? I mean really. This is just sad. 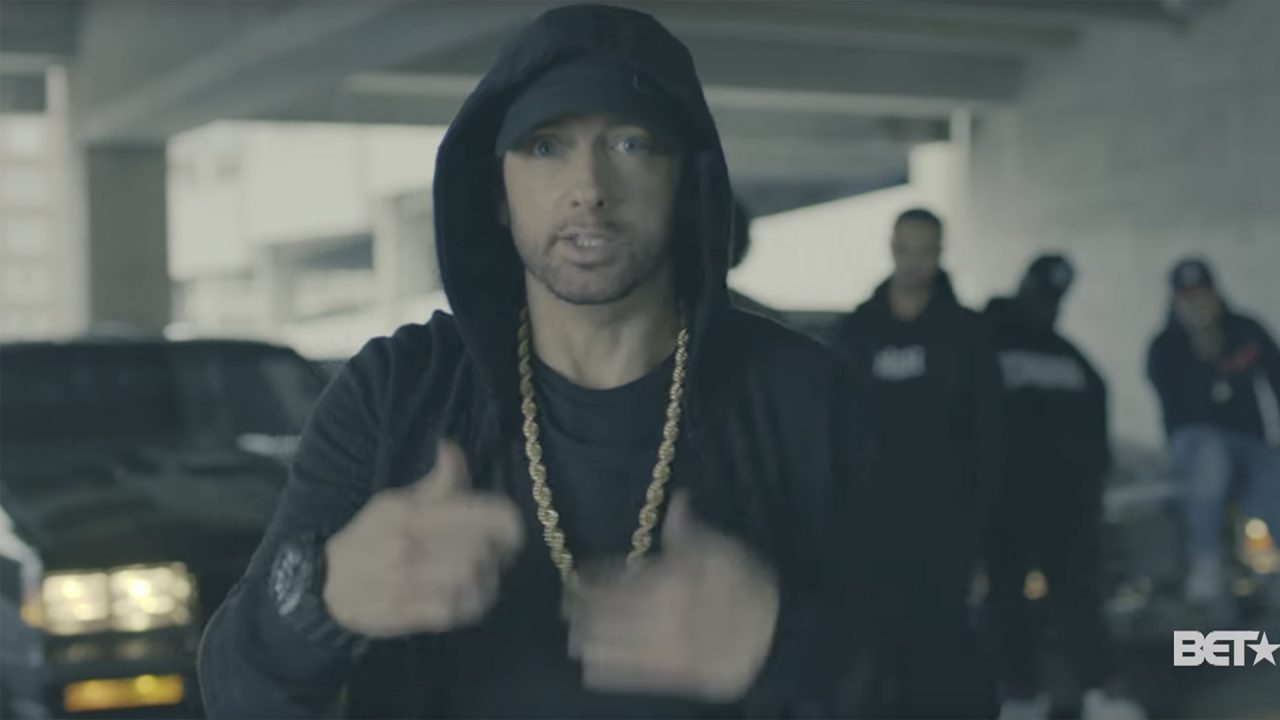 The rapper introduced a “diss track” at the BET Hip Hop Awards and it took social media by storm. Of course, it wasn’t all that good, even by SoundCloud rapper standards. I’ve listened to just about everything Eminem has done and I think he’s a lyrical genius. This was definitely not his best work.

The lyrics weren’t well written (No Vaseline by Ice Cube is still the best diss track of all time and I dare anyone to prove me wrong) and it vilified both the President and his supporters. Eminem wasted no time telling people that if they support Trump, they are no longer welcome to support him, complete with the necessary “F” bomb.

In a recent interview on Sirius XM Shade 45, he explained that he was still mad that the President all but ignored him after the freestyle went viral.

“I was and still am extremely angry,” he said. ” I can’t stand that motherf***er. I feel like he’s not paying attention to me. I was kind of waiting for him to say something and for some reason, he didn’t say anything.”

Any parent knows that you ignore a child when they’re throwing a tantrum. They’re just looking for attention and will stop when they don’t get what they want. That seems to be exactly what Trump did.

Listen to the interview below, if you dare:

North Korea is threatening to bomb us. ISIS is calling for the death of Trump’s youngest son and the Pope. The national debt is unsustainably high. And you think Trump has time to call out a rapper with a declining career? Granted, Trump has a tendency to tweet about any and everything, but that doesn’t mean he has to specifically pay attention to every person who hates him. If he did that, he would have no time for anything else.