Any time a Republican is up for election, celebrities always promise to leave the country. They typically never go through with it though — but it looks like one celebrity, finally, is. Rapper Snoop Dogg has announced that he is moving to Canada. 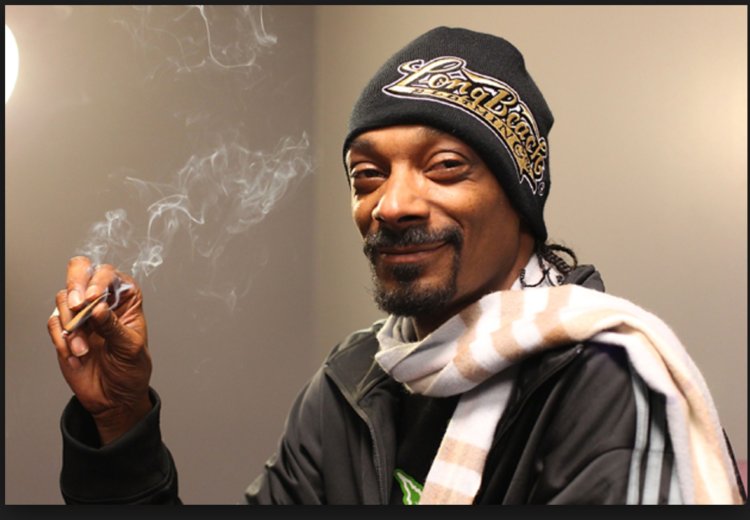 Snoop, whose real name is Cordozar Calvin Broadus, Jr., announced the move on Instagram. He posted a picture of the CN Tower, located in Toronto, and tagged Drake, a rapper who is from Canada, asking for help moving.

“My new home,” the caption on the photo reads. “@champagnepapi I need the hookup on some property. Nefew f*** this s*** I’m going to the. 6ix”

My new home. @champagnepapi I need the hookup on some property. Nefew fuck this shit I'm going to the. 6ix[2]

The Instagram post went up after the election, with which Snoop Dogg was apparently unhappy with, using Bitmojis to express his dissatisfaction. Bitmoji is an app that allows people to make cartoon avatars of themselves. 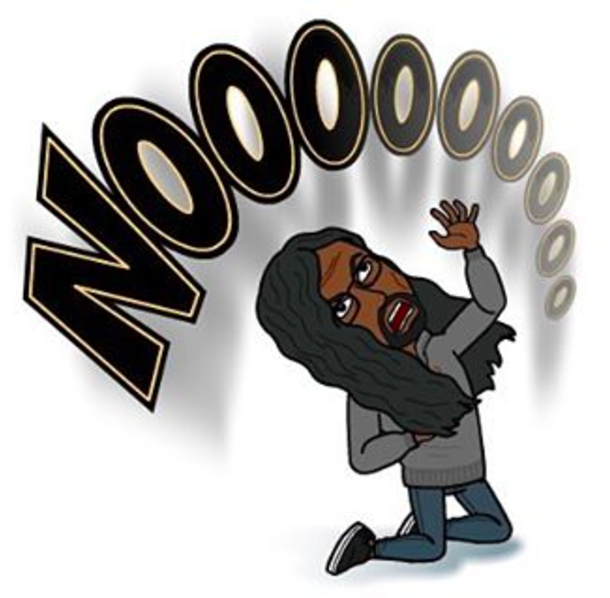 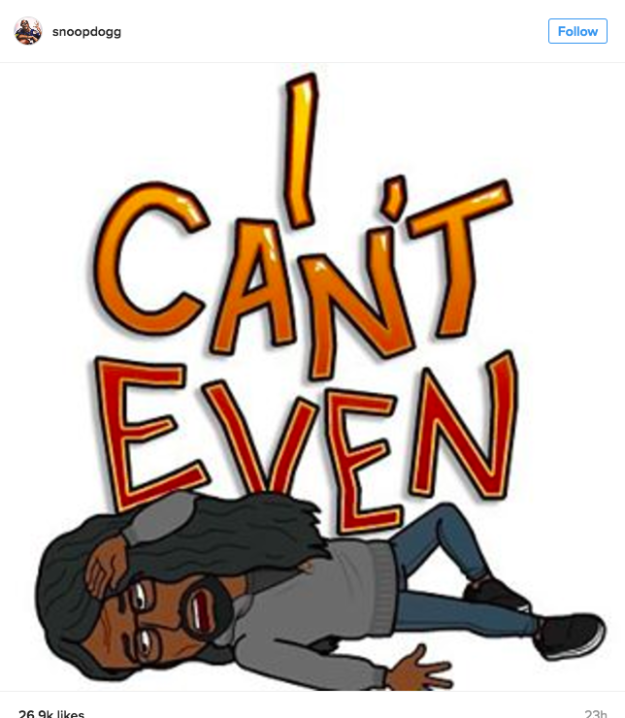 Snoop Dogg’s followers on Instagram were not pleased about the potential move, expressing their shock and upset. “Snoopdogg you can’t leave people like you helped make America what it is today,” one user, who went by the handle Djdarienzo, wrote. “TRUMP did his part good or bad and you need to do your part and help to shape the country.”

“I know you could get a meeting with TRUMP if you wanted to,” Djdarienzo continued. “Don’t runaway stay and help to shape our country. America is the greatest country in the history of the world because people like you were willing to work hard.”

But other users were less sad. “bye !!! take all of the other rybabies with you !” user lularoemikeandebbie wrote. “if republicians didn’t leave when obama was elected, because we are tough and had hope for the future. don’t comeback when you need the US.” Others used it as an opportunity to be funny. “With so much drama in Washington D.C. It’s kinda hard being Snoop D-O-Double-G,” kaleighpostWith wrote.

In addition to being unhappy about Donald Trump’s presidential victory, Snoop may have a business incentive to move to Canada. The famously-high rapper has a line of exclusive marijuana strains in Canada, as well as a dispensary in Smith Falls, Ontario. His licensed strains of marijuana include “sunset,” “ocean view” and “palm tree.” “Like hip hop, cannabis is as much a lifestyle as it is a culture,” Snoop said in a press release for Tweed, the Canadian cannabis company. “Leafs by Snoop is an expression of my experience with that culture over decades on the scene. What started for me in the ’90s in Cali now has a home in places like Colorado, where real progress is being made. Now that Leafs by Snoop is coming to Tweed, I’ll be able to share my passion for the best cannabis on the planet with Canada.”

Are you sad Snoop is leaving?