Rumors are swirling[1] hot and fast that Bill O’Reilly is about to be let go from Fox News. That doesn’t mean he’s guilty of sexual harassment. But it does mean that those higher up either just want him gone or the pressure has become untenable. O’Reilly is the face of Fox News, so I’ll believe it when I see it. I’m not one of his biggest fans, but it would rock conservative media if he was cut loose. Fox recovered after Megyn Kelly left – Tucker Carlson has been great in her place, but it’s hard to imagine who could take O’Reilly’s place. It could tank Fox News. We’ll see.

I’m still of the opinion that I will believe that O’Reilly is guilty here when I see solid proof of it. So far, there hasn’t been any at all. But one person close to Bill is saying he is leaving now and a tweet from Drudge says it as well: “O’Reilly has had [a] tremendous run. Very few in the business get to decide when and how things end. Media is most brutal of all industries…” Yes, it is. If true, I will be sad to see him go. Regardless of how this ends, he has helped many people and this will embolden the left even more. 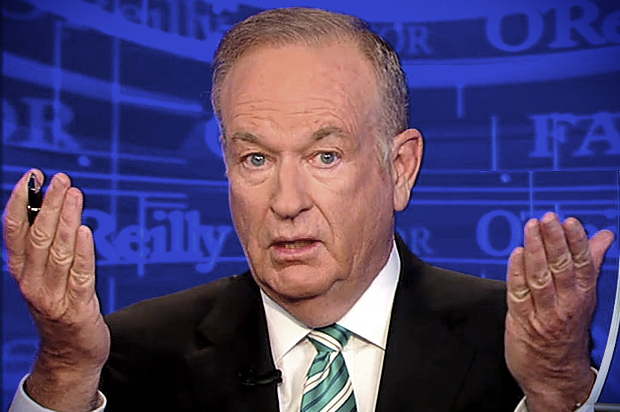 From the Wall Street Journal[3]:

Fox News is preparing to cut ties with its biggest star, Bill O’Reilly, according to people close to the situation.

A final decision on Mr. O’Reilly’s fate could come as early as the next several days, the people said. Mr. O’Reilly, host of “The O’Reilly Factor,” has been ensnared in a sexual-harassment scandal related to previously undisclosed settlements he and Fox News paid to women who worked on or appeared on his program.

A well-placed source said Tuesday afternoon that representatives for Fox and O’Reilly have begun talking about an exit. But this prompted a denial from sources in O’Reilly’s camp.

Even one person close to O’Reilly, however, said he will probably not be back on “The O’Reilly Factor.”

Settling with five women for $13 million on sexual harassment charges looks damning. More coming forward looks even worse. Losing advertisers all over the place is a death knell. If O’Reilly did this, in the back of his mind he had to know it was career suicide. That’s why I can’t wrap my head around it. Things really, really don’t look good for O’Reilly right now. But remember, the left uses lawfare to take conservatives down. They are tarred and feathered before they ever have a chance to defend themselves.

They say Fox and O’Reilly are talking exit. We should know one way or another in the next few days. Drudge usually has an inside track on these things and Axios’ record is pretty good as well. The Wall Street Journal is reporting that the final decision has not been made yet, but this looks pretty definitive. This is what the left does[5] to conservatives and for some reason we let it happen. If Fox lets O’Reilly go… it will be a huge mistake.