Actor Richard Dreyfuss has surprised the Right and especially Fox News host Tucker Carlson, as he left him perfectly speechless while on his show Friday night[1].

Dreyfuss had went ahead and emailed the Fox host a few days preceding the interview, asking to appear on Carlson’s show to discuss an event that had been debated by Carlson and another guest: the federal judge’s recent ruling which stated that it was unconstitutional for President Donald Trump to unilaterally withhold federal funds from “sanctuary cities” all for not being in compliance with demands from the President. 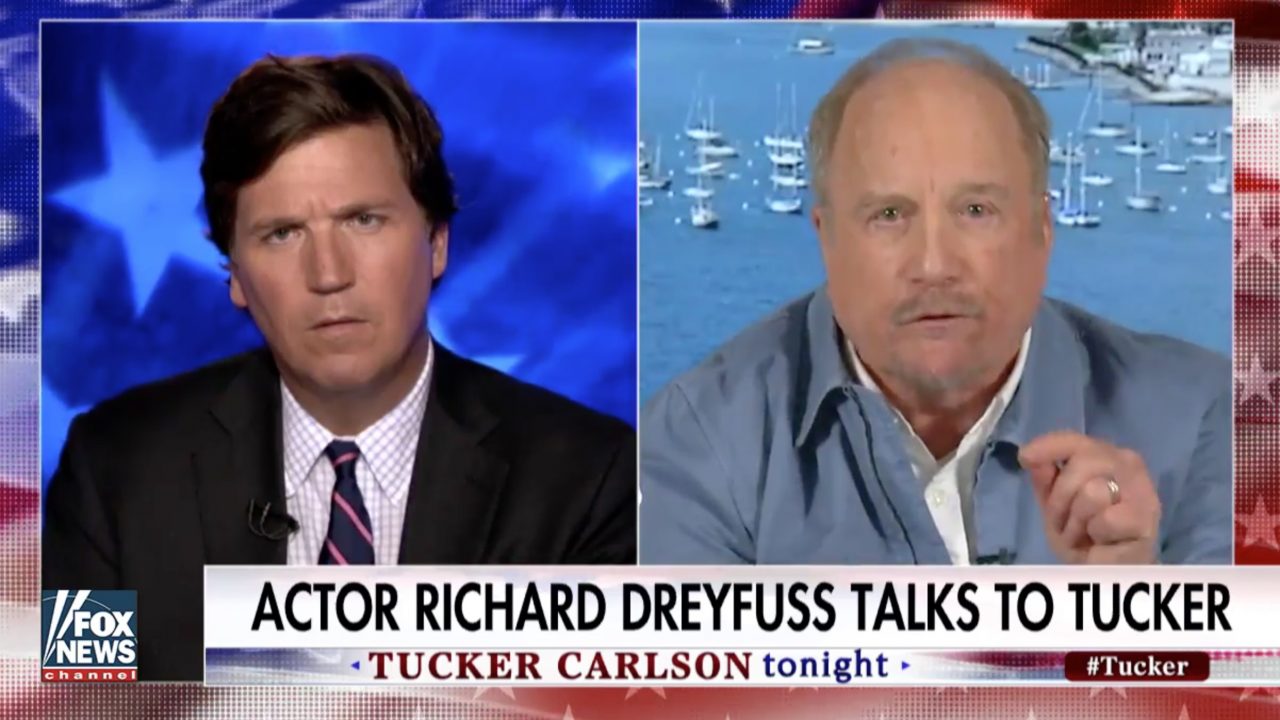 Dreyfuss stated to Carlson that the President and the executive branch, if you are talking the Constitution, don’t have the right to keep back funds from states. Dreyfuss said that duty belonged to Congress, alone.

But Dreyfuss went on to speak with Carlson about something even more insightful:

“I want to mention one thing. You were talking about the speakers on university campuses. And I am totally, incontrovertibly on your side about this.”

“I think any intrusion into freedom of speech is an intrusion into freedom of speech. And when one of the presidents of one of the colleges said, ‘this is a school, not a battlefield,’ I said, no, it is a battlefield of ideas and we must have dissonant, dissenting opinions on campuses and I think it’s political correctness taken to a nightmarish point of view.”

Carlson was stunned. That was THE LAST thing he would expect to hear from Richard Dreyfuss of all people! He was left speechless and stumbled on to agree and thank the actor:

“So I—typically I interrupt our guests and I expected to debate you, but—I agree with every single word of that and I just want to say thank you very much. I think it’s important.”