Rihanna Gets BAD NEWS After Trashing Trump in Public

Well, the end must be near[1], because when I start agreeing with Azealia Banks over ANYTHING, we are truly and seriously doomed. Rihanna and Azealia Banks just got into it with each other over President Trump’s Executive Order banning refugees from certain countries that are hotbeds of terrorism. It’s a temporary ban, while they put in place extreme vetting, so we know who is coming into the country and we can protect ourselves. Common sense… unless of course you are on the left.

Banks supports Trump’s ban, Rihanna doesn’t to put it mildly. Rihanna put out an explicit tweet voicing her disgust with Trump: “Disgusted! The news is devastating! America is being ruined right before our eyes! What an immoral pig you have to be to implement such BS!!” Banks proceeded to point out that Rihanna is not a US citizen and should shut it. Then Rihanna went off on a video where Banks claims to sacrifice chickens… I assume she practices Santeria[2]. I know I will offend someone with this, but it looks like a mixture of voodoo and Catholic Saints. Dark stuff. 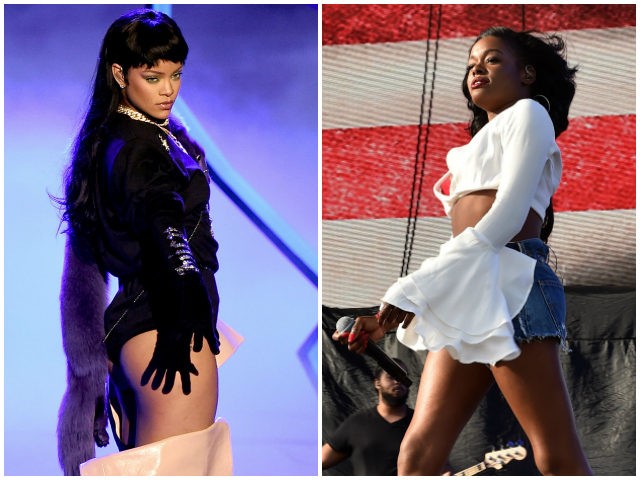 Amid the left-wing furor over Trump’s executive order[4], which temporarily halts immigration from seven countries with high terror threats while the refugee vetting process is being reviewed, Rihanna tweeted her disgust with Trump’s executive action, describing Trump as an “immoral pig.”

Disgusted! The news is devastating! America is being ruined right before our eyes! What an immoral pig you have to be to implement such BS!!

In response, Banks, who endorsed Donald Trump’s campaign[6], wrote[7] on Instagram: “as far as Rihanna (who isn’t a citizen, and can’t vote) and all the rest of the celebrities who are using their influence to stir the public, you lot really REALLY need to shut up and sit down. Stop chastising the president. It’s stupid and pathetic to watch. All of these confused people confuse other confused people.”

Rihanna then responded to Banks by making a reference to a video in which Banks was heard saying she sacrificed chickens[8] as part of a personal ritual. Rihanna also posted a range of hashtags such as #saveourhens and #stayawayfromthechickens, as well as screenshots in which Banks accused her of being a sex and drug addict.

Banks then punched back by posting on her Instagram page Rihanna’s phone number with a caption entitled “Bombs Away.” The post has since been taken down, but no doubt will cause Rihanna to have to change it. You remember that Banks was the one that called for Sarah Palin to be gang raped by black men. She also called former One Direction singer Zayn Malik a “sand n*****.” So, she’s not exactly stable. But then again, neither is Rihanna, who has the morals of an alley cat.

All these celebrities make me ill. They make more money than anyone else and are the ones that should be the least looked up to. America really needs to ditch the celebrity fetish. Most of them are dirt bags… many are mentally challenged. They are not who we are… and that goes double for Rihanna and Banks. 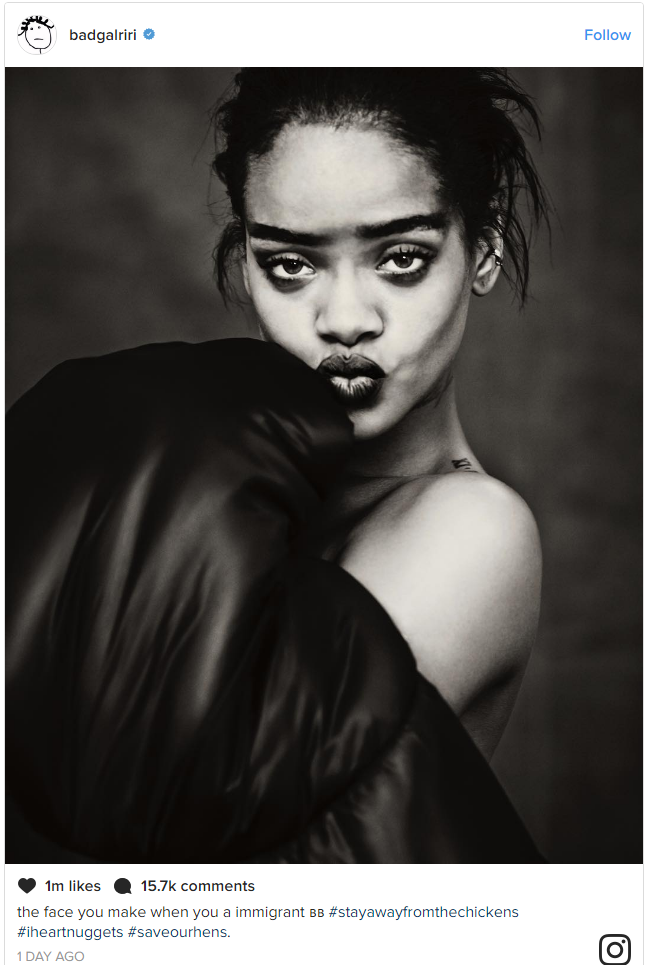