‘The Rock’ Dwayne Johnson Sends Message To Trump: ‘You Need To Listen!’ 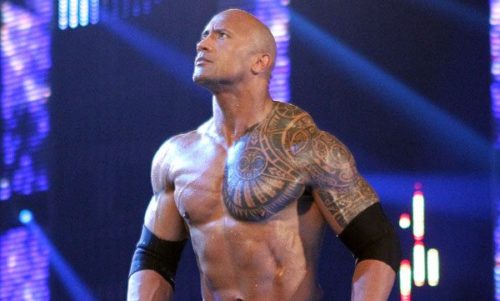 The Rock has some unsolicited advice for President Trump. Dwayne Johnson says that Trump should listen to the kneeling NFL players instead of being angry with them. Gee, I kind of liked The Rock until now… he’s way out of line here and he just dropped off my radar.

In an interview with InStyle Magazine, Johnson said, “When the players are kneeling as a last resort, as a desire to be heard, clearly they’re not being heard. It’s an opportunity for our leaders, our President and his staff, to hear them, truly hear them, and not be angry.” No, nothing should make a President listen to racist, commie radicals whether they are friends of Dwayne Johnson or not. What? Hear how they hate police officers and the military? How they hate America and the National Anthem? How about how they hate white Americans? Why should President Trump listen to that crap?

He also criticized the way Trump handled Steph Curry’s refusal to visit the White House with his NBA Champion Golden State Warriors. Johnson elaborated, saying, “Steph is a very good buddy of mine — I know him and his family. And at the time when he declined the offer, I felt like it was our President’s perfect opportunity to say, ‘Now you must come to the White House and sit down with me, and I must hear you and understand you.’” So you want the President to crawl to a sports thug and beg him to come to the White House. I don’t think so. Get over yourself already. 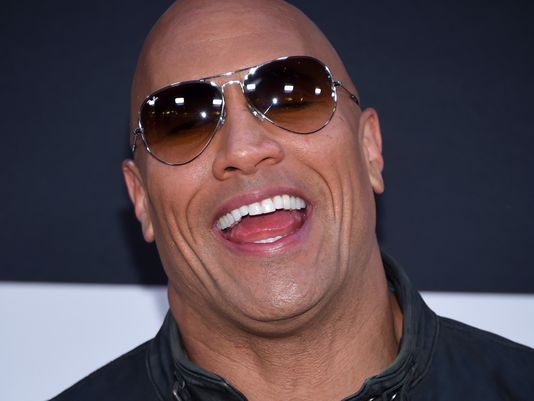 The Rock continued, saying, “What we’re in need of is a greater leadership that’s inclusive and truly hears the people and doesn’t have a knee-jerk reaction out of anger. Scenarios like this, while divisive, also clarify what we really want in the future. And we’ll have a chance in a few years to cast another vote, and we’ll see where the American people are when that time comes.” What’s divisive, Dwayne, is kneeling during the National Anthem. Enough of the touchy, feeling progressive clap trap already. You are coming off like a wishy washy, spineless Marxist instead of your tough guy image.

He was asked about his own potential aspirations for elected office and offered, “Where we’re at right now is just quietly observing everything happening on the political landscape, and when the next election comes along … I will be watching very intently.” Oh, bull crap. It’s obvious he’s testing the waters for 2020. We need a strong, bold leader… not someone who tolerates NFL thugs.

I have some unsolicited advice for The Rock. How about you pass on a message to your disrespectful athletic buddies. Let the kneeling NFL players know that America doesn’t appreciate their disrespect of our anthem, flag and members of the military. They get paid to play football and entertain us, not aggravate us with their crybaby millionaire protests. So, no, we aren’t going to listen to them. They don’t have the first idea what actual oppression is… not even close. They are wealthy men who play a game for a living.

And second, as far as your buddy Mr. Curry, I have a message for him too. He likes to wear a Bible reference on his shoes. The passage is Philippians 4:13. It reads “For I can do everything through Christ, who gives me strength.” So, Curry likes to claim he can do everything through Christ, by His strength. But apparently the one thing the strength of Christ can’t help him with is to show some respect and reach out to a President with whom he disagrees politically. Apparently he can’t “do all things,” through Christ. He can only do some things. So pardon me Mr. Johnson, if I call you out on your hypocrisy and the hypocrisy of your famous athlete buddies who can’t seem to be very tolerant of people on the other side of the political spectrum. That’s not very Christian if you ask me.

When you all start listening to Trump and listening to reason, and showing some respect, then maybe we will listen to you. But we will never tolerate the kneeling these idiots are continuing. It’s disrespectful to our flag, country, police, military and first responders. When you start practicing what you preach and letting conservatives have opinions like football players do, perhaps we can all talk. Until then, you can just stuff it.