ROCK Icon Speaks Out: ‘Crazy’ Opposition Won’t Give Trump a Chance to Lead’

Rock legend Sammy “The Red Rocker” Hagar says that the sum of the “crazy”[1] political opposition to President Donald Trump has so far put him in a blocked chair, unable to get anything done.

When asked what grade would he give Trump, Hagar could only come up with: “I don’t think you can grade him yet, because the poor guy can’t get anything done.” 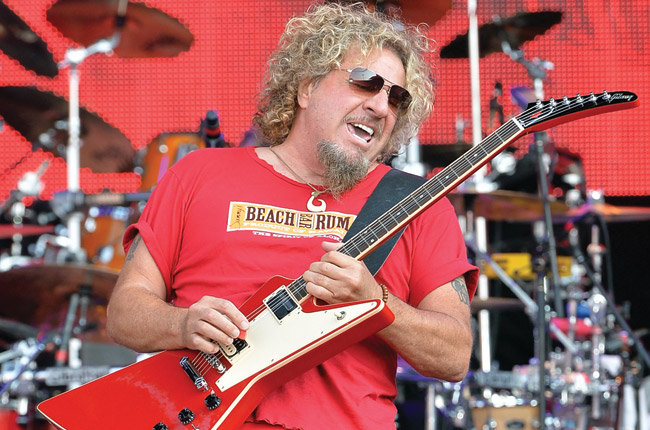 “The opposition has become so crazy that they’re not gonna even give him a chance. I’d like to see him have a chance. He’s the President of the United States, and without getting any changes he ain’t helping us. So maybe he makes some changes that don’t work, and then maybe the next guy will come in and say, ‘That didn’t work, I’ll do it this way.’ Because I don’t think anybody knows what the fuck they’re doing out there right now.”

Trying to stop and make the President fail doing his duty to this country is just down right idiotic and anti-American.

It was exactly one month before Americans voted Trump President, the former Van Halen front man claimed that Trump’s style of saying whatever the hell he wants: “busts people’s balls and says things that are politically incorrect.”

Hagar, who’s been a household named rock star since the 1970s and is the owner of Cabo Wabo Tequila brand and restaurant chain… and according to himself, he believes that “musicians and artists should stay the fuck out of politics.”

The elitist Hollywood boobs would be a whole lot better off not getting political over every single event that they hear about, than trying to spew it off on someone else to sound smart and enlightened.