While Rosie O’Donnell ORDERS Cops To Take Over Inauguration, Mark Wahlberg Pays Them A Stirring Visit! 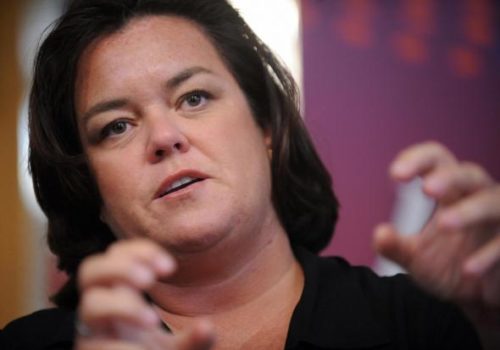 This just in from the Land of the Unhinged; Rosie O’Donnell[2] seems to think she’s the Commanderette-in-Chief! In a recent tweet, O’Donnell ranted and raved about stopping Trump’s inauguration by declaring martial law and calling out the troops. Thanks for the advice Rosie, but perhaps you’d better leave the adulting to the adults, you know, the people who are actually in charge of the military? Don’t you have anything better to do, like maybe a coloring page or two? It’s hard being on the losing team. Just ask Republicans for the last 8 years. It’s your turn now.

I FULLY SUPPORT IMPOSING MARTIAL LAW – DELAYING THE INAUGURATION – UNTIL TRUMP IS "CLEARED" OF ALL CHARGES https://t.co/fUn8FZ8RTj[3]

Meanwhile, actor Mark Wahlberg is visiting the families of two fallen police officers in Urbandale, IA. Could there be a greater contrast between these two celebrities? Wahlberg’s new film about the Boston Marathon bombing called Patriots Day, is described by the star as a “tribute to law enforcement and anyone who commits to serving their community and country.” The film will hit theaters Friday.

But back to Ms. O’Donnell. Of course it seems to escape you, Rosie, that Trump does not need to be ‘cleared’ because he hasn’t been accused of anything. The only thing that needs to be cleared up is your thinking. Some unsolicited advice; on January 20th, instead of calling for martial law, your best bet may be to get out some blocks and crayons, maybe put a safety pin on your shirt too. That way, when President Trump takes office, you’ll be safe in your safe zone and you won’t have to know. And really, there’s no need for you to leave the safe zone. We will all be just fine without your unhinged pronouncements on Twitter.