Wait for it… Rush is absolutely right. So, you can call me racist too if you want. The article below is so skewed and biased it is hard to read. Idris Elba is a very good looking guy. Definitely an alpha male in appearance. But when I watch 007, I like my spies as they were written, not adjusted for political correctness. Nationality has nothing much to do with it. But the original spy was ‘white.’ It would be like having Bruce Willis play Malcolm X, or Denzel Washington playing George Washington. Not historically correct and does not fit the plot. One of my all time favorite movies is The Bishop’s Wife. When it was redone as The Preacher’s Wife, with an all-black cast, I wouldn’t watch it. It just messed the story up. Let characters be as they are written – including ethnicity and cut Rush a break.[1] 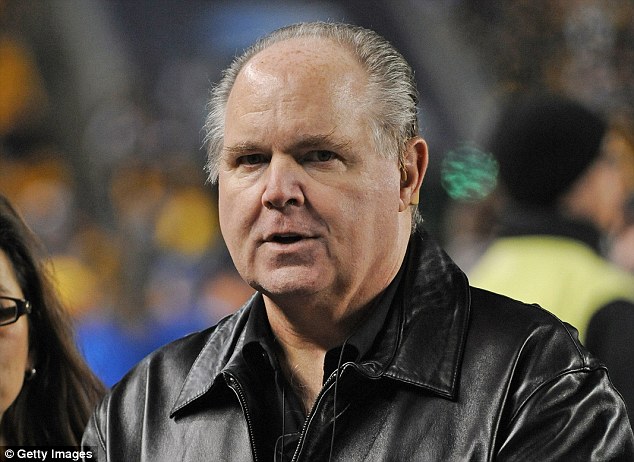 Rush Limbaugh has admitted to being ‘racist’ following comments he made about actor Idris Elba.

The eternally outspoken host decided to address news out of the Sony hack that Elba was being eyed to play James Bond once Daniel Craig exited the franchise, declaring it unacceptable for a black actor to even be considered for the iconic role of 007.

He then took it a step further by saying the idea of casting Elba as Bond, a fictional storybook spy created by author Ian Fleming, was as ridiculous as a white actor playing a black historical figure.

‘James Bond is a total concept put together by Ian Fleming. He was white and Scottish. Period. That is who James Bond is, was,’ said Limbaugh as he began his diatribe.

‘But now [they are] suggesting that the next James Bond should be Idris Elba, a black Briton, rather than a white from Scotland.’

The polarizing pundit then acknowledged that he was being racist, seemingly unfazed by the realization, adding; ‘That’s not who James Bond is and I know it’s racist to probably point this out.’

Limbaugh did not reveal however how he feels about Craig playing Bond, or make mention of actors David Niven, George Lazenby, Roger Moore, Timothy Dalton or Pierce Brosnan, who, while white, are not Scottish.

In fact, of the seven men to have played the smooth-talking spy over the past 50 years, only one is actually Scottish – the very first Bond, Sean Connery.

Despite these inarguable facts, Limbaugh still declared at one point during the show; ‘Fifty years of white Bond because Bond is white. Always Scottish. Always drank vodka.’

Things then got taken a step further when Limbaugh said that casting Elba, whose phonetical name proved challenging for Limbaugh to pronounce throughout the segment, as Bond would be like casting George Clooney as President Obama or Kelsey Grammer as Nelson Mandela.

It didn’t stop there either, with Limbaugh imagining Kate Hudson playing Michelle Obama and Scarlett Johansson as Condoleezza Rice as scenarios as ludicrous as a black man playing Bond, before capping it all off by suggesting British actor Hugh Grant playing the role of gay footballer Michael Sam is akin to Elba as Bond.

Limbaugh then declared ‘we’re just playing here,’ before moving on to his next talking point.

It is also worth noting that the self-described Bond fanatic Limbaugh’s claim that 007 ‘always drank vodka’ is also not accurate, as the spy drinks a variety of different beverages in Flemming’s novels.

All this PC nonsense makes me sick. Substituting sexes, races and body types all in the name of some twisted agenda is meant to confuse and divide people. Rush Limbaugh is a good person and I don’t think he has a racist bone in his body. He’s had the courage to speak out when no one else really would for years and take the heat for it. This type of attack is a common communist ploy by the way. One of the main goals of communism is to divide the people.[3] When people are busy fighting amongst themselves, they are unable to organize and form an effective opposition. So, discredit our heroes and icons. Disparage those who don’t approve of them being changed and manipulated. After all, Mooch did say Obama would change our history. This is part of it.