Sally Field Doesn’t Have A Clue Why Trump Won: ‘I Just Don’t Understand It’ [VIDEO]

Really Sally?[1] You don’t have one itsy bitsy clue as to why Trump won? Hmmm. You say there is no evidence Trump can do anything he says he will do. But you’ll shill for a stone cold Marxist that you know will violate the Constitution and is so corrupt and dirty she made history at it? Hillary Clinton has been in politics a long time and has not accomplished a single thing – nothing good that is. Donald Trump is an accomplished businessman and entertainer. Compared to Clinton, he looks like a damned genius.

Field campaigned for Clinton and she should know better. Must be nice to live in a Hollywood bubble and have no clue what the common man is going through out there. How eight years of Obama has kept a third of the nation out of work… some of these people haven’t found a job in years. People could not take another four years of Progressivism which is killing us. This was definitely the Forgotten Man Election. Sally just can’t relate to Americans who work real jobs to put food on the table for their families and keep a roof over their heads. They don’t live in Hollywood where nothing is real. 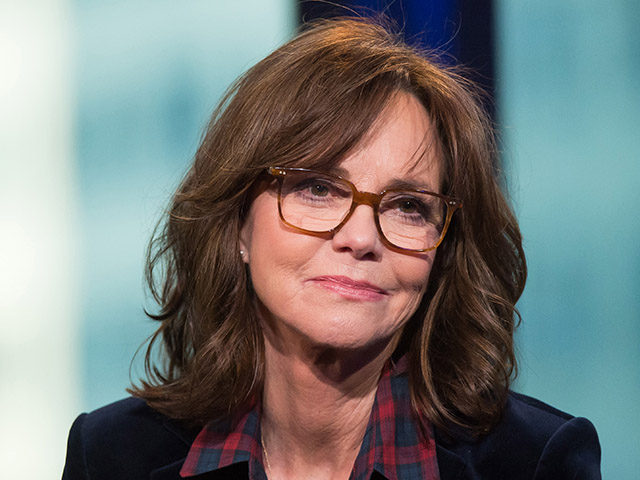 In a heated interview on Chelsea Handler’s Netflix talk show this week, the 70-year-old actress said that she joined Twitter the day after the election in an attempt to make sense of Trump’s win.

Sally Field (@realmommagump[3]) wants to understand why people voted for Trump. And that’s why she just joined Twitter. pic.twitter.com/3XcnRnXNv8[4]

Field joined Twitter the day after the election to try and understand why people voted for Trump. I don’t know why she bothers. She will never, ever get it. Living a normal life and seeing how Americans are suffering is something that is just not real to her. “I want to know what other people are thinking,” the actress said. “I want to know why they voted for this man who does not stand for anything.” But that’s where she is dead wrong… Trump stands for everything against the system. He is an outsider like most Americans are and they want the insiders gone. They want real change, not Marxist change or status quo change.

Field also lamented that Trump won the Electoral College but lost in the popular vote: “I don’t understand why they call this a democracy and yet the people are not getting the representation that they voted for.” And again, we have another dense celebrity that does not understand the Constitution or the Electoral College. We are a Constitutional Republic, not a Democracy. We don’t go strictly by the popular vote because the population centers, which are filled with elitists, would always elect our leaders and the working man would never have a vote that mattered again. Therefore we have the Electoral College… that is why the Founding Fathers came up with it. It’s all about representation and not allowing a dictatorship.

Field may not understand Trump, but we really understand her. Anyone who would stand by Clinton like that is either truly clueless or complicit. She lost touch with real Americans long ago.