Sarah Silverman Shows Just How DUMB She Is At An Anti-Trump Rally! [VIDEO]

Demonstrators were yet again out and about on the weekend all across the nation to do yet another feckless protest against the President. What was the cause of said protest[1]? The man’s taxes. They still haven’t got him for that one, so they are trying focus a whole protest on that one point. 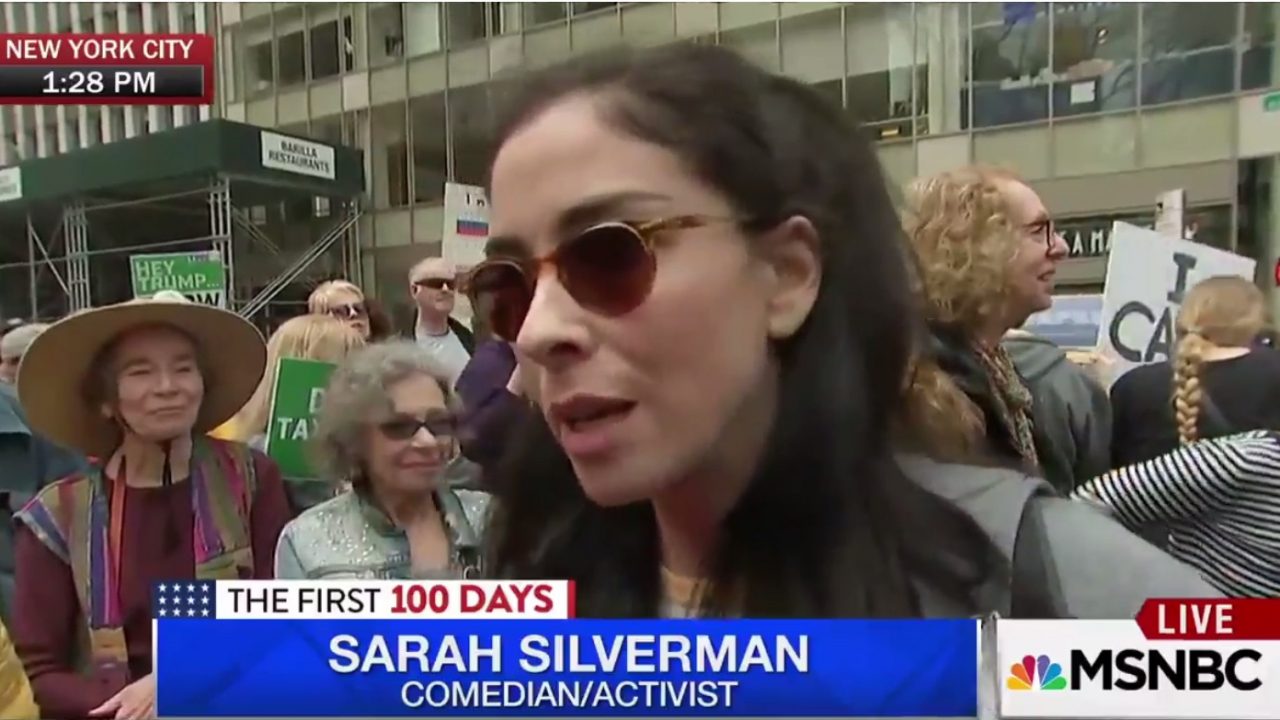 The protests, fell on the same day as Tax Day — the dreaded day that every American hates…Unless you’re lying, or you are Sarah Silverman – more on that later. The marches all across the land were called the ‘tax march’.

Idiots like Rep. Maxine Waters led a horrible “impeach Trump” chant at one of the nation’s rallies in Washington, D.C., while Sen. Ron Wyden, another simpleton, warned America with his obviously terrible rhetoric, “taking the gloves off to knock off the secrecy.” Get it? Trump’s taxes? It’s secret… You get how terrible these politicians are.

But here is where the ultimate hater, Sarah Silverman amped up the rhetoric to dopey level. While she was speaking at the New York rally, she kind of lost her mind…A little more than usual.

Silverman spoke out: “Show us your f**king taxes, you emotional child.”

Next she tried to add insult to injury by going after his looks, I guess: “You like being a superficial bully? Here’s one for you: You are a three at best.”

The following video contains strong language coming out of the mouth of an idiot.

After her speech, reporters asked her why she was doing what she did. That’s when the stupid really shown through…

“I was raised to be an active citizen. I’m from New Hampshire, my parents are, and that’s what we do. Love America, you love your country. You have to speak up and speak out.”

“I was raised to know that it’s an honor to pay taxes and it’s important to pay taxes,” Silverman explained. “It’s part of being an American citizen, and helping each other.”

What a complete idiot. Taxes are for progressives. You can pay them all you want.