Rocker Ted Nugent[1] is vowing to tone down his rhetoric in the wake of the Virginia shooting that wounded Republican Congressman Scalise, an aide, a lobbyist and two police officers this week. He says we have to take responsibility for our words and cool our heated smack talk before someone gets killed. I totally agree. But I will miss the old flamboyant Nugent… he was fun. We now live in very dangerous times and we are navigating uncharted waters as hatred and violence from the left spirals out of control.

Nugent won’t steer clear of politics altogether though, saying he will still be “feisty” and “passionate.” And he shouldn’t – he’s not just a great entertainer, he’s a brilliant guy if you listen to what he has to say. It takes a big man to step forward like this and change his ways. Wife or not, this was a classy move. 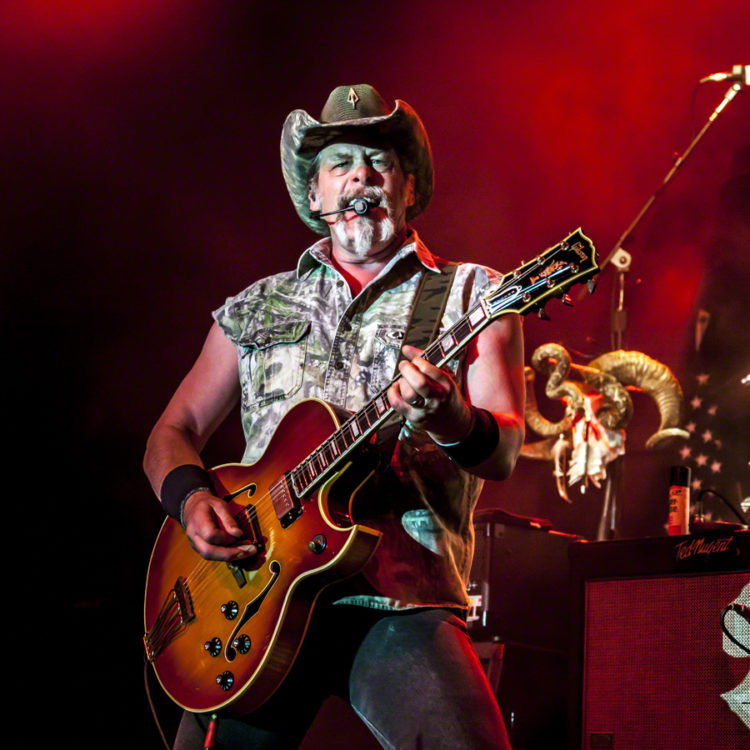 “I’m not going to engage in that kind of hateful rhetoric anymore,” Nugent said Thursday on the WABC radio show “Curtis & Eboni[3].”

Eboni K. Williams also is a co-host of the “Fox News Specialists.”

The outspoken rocker said he is re-evaluating his tough-guy approach after the shooting in Alexandria, Virginia.

“At the tender age of 69, my wife has convinced me that I just can’t use those harsh terms,” Nugent said. “I cannot and I will not.”

The often-controversial guitarist is known for his wild and inflammatory statements, such as telling President Obama to “suck on my machine gun” and labeling him a “subhuman mongrel.” Nugent also called Hillary Clinton a “worthless b—h” in 2007.
Nugent also said he is encouraging his “friends [and] enemies on the left in the Democrat and liberal world that we have got to be civil to each other, that the whole world is watching America, where you have the God-given right to life, liberty and the pursuit of happiness, and we have got to be more respectful to the other side.”

Ever since the shooting, I have listened to leftists such as Juan Williams who constantly use Ted Nugent as an example of violence on the right. First off, Nugent is colorful and some of his statements have been over the line. But to use one example to deflect from the death threats and attempted assassinations from the left is at the very least disingenuous and at worst, downright irresponsible.

Juan Williams and others fail to list the extensively long list of threats from the left against Republicans over time. Not to mention death threats against President Trump and other Republicans since he was elected. If we are going to confront this problem before it is too late, we need to be honest. The hate and vitriol ginned up by the radical left, the media and Democrats is beyond horrific. They are begging for a slaughter with their calls for violence. Good for Nugent in taking responsibility… we are waiting on the left to do the same.