Kaya Jones is a Former Pussycat Doll. She was also in Vegas for the Route 91 country music festival across from the Mandalay Bay Hotel and Casino in Vegas when a gunman opened fire on 22,000 people there from the 32nd floor of the hotel. He killed 59 and wounded 527. “All of us in that moment wished we’d had a gun,” Jones told Breitbart News. “Because in our head was ‘someone could come through that door and we only have seven rounds in that gun.’ That’s the truth.” In fact, I’m betting a lot of people wished they had been armed when it went down. I know some people had weapons in their vehicles and ran for them.

Police are now saying that Paddock had between 18 and 20 guns in his suite. He also had two stands and cameras running. I don’t want to go all conspiracy theory here, but it really feels like he didn’t do this alone. Maybe he did. Regardless, those people were sitting ducks down there and being armed made no difference in the end. But they would have been more prepared if they had been packing. I’m a big advocate for everyone to carry a weapon at all times. 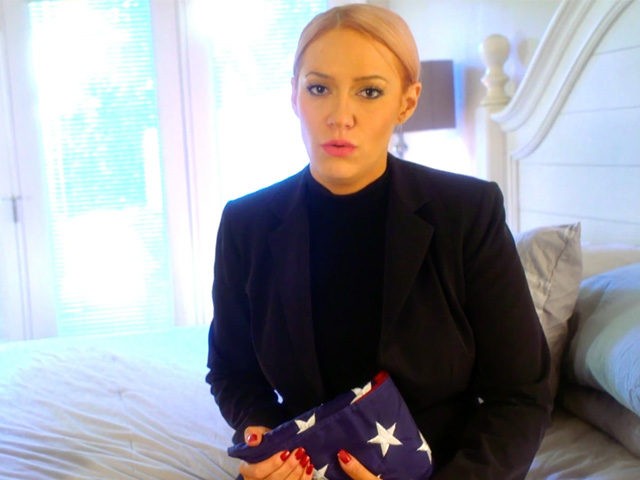 Jones was an honorary guest of John and Kenny from Big & Rich, because of her support for the U.S. military. When the shooting began, she was locked down in John Rich’s bar, the Redneck Riviera. It was near the scene of the shooting. She was there with several people, including an FBI agent who was on his honeymoon. “John happened to have a gun and he was the only one with a gun and we were barricaded and an officer, I think he was FBI he comes over to John and asked him if he was carrying and asked John if he could take his gun to guard the room because he was not carrying,” Jones said. “He had someone check his badge and handed over his weapon. And that man stood at the door and protected us as best as he could. But the reality is, no one else was carrying.”

The incident automatically bonded everyone in that room as family that night. Things like this often do that. “It’s horrible to hear people politicize something that is a travesty,” Jones said, obviously referring to the political grandstanding by Hillary Clinton and the horrid statement by Hayley Geftman-Gold at CBS, who would later be fired for her statements against those who were gunned down in Vegas. She was “not even sympathetic” about those murdered because “country music fans often are Republican gun toters.” 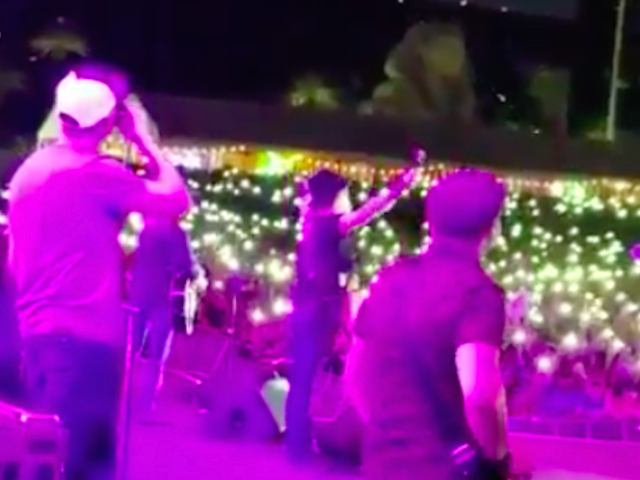 “There are innocent people that are dead. Let’s make it about them now,” Jones said. “What can we do to prevent this again? Make it about this crazy lunatic that’s followed an ideology, that’s crept its way into our planet, that’s sympathized from the left all the time, to a point where it’s nonsense and foolishness now.” She also took a firm stand on the Second Amendment, “less guns don’t equal less terrorists. And I’m going to keep saying that until everyone understands: We can take away guns.” She added, “if you have a madman, he’ll use a car (as we’ve seen), or a knife (as we’ve seen), or a bomb (as we’ve seen). This is what terror is. It doesn’t come in the form of a gun. Guns don’t kill people. People kill people. And I’ll tell you the one thing that makes us feel safe is that John Rich had a pistol that he handed to an FBI agent.”

Kaya added, “but to blame guns when the man and his crazy self took innocent lives last night. It could have been me. It could have been John. It could have been Big Kenny. It could have been the veterans on that stage. And it happened to be other people. I just feel grateful and at the same time I feel why them and not us.” Jones added that she does feel “survivor’s guilt. She has deep faith in God, “I’ve always had one foot in heaven and one foot on earth. Being in the Pussycat Dolls, I didn’t realize I had to go through my own journey.”

It took her a long time to feel free enough to speak about her Christianity and the fact that she is a conservative Libertarian. What she wants to do is unify people and shout to the world that we are a free people as well. Part of that freedom is the Second Amendment. Good for Kaya.