I thought this jerk moved to Canada? And yet, we are still subjected to his pot-fried violent drivel. Snoop Dogg has some new artwork for his latest single, “Make America Crip Again.” He must be extolling the virtues of gang bangers… again. The splash art depicts Snoop Dogg overlooking President Trump’s dead body draped in an American flag. Now, that’s what I call going way too far, not to mention displaying morbid and unpatriotic taste. It’s exactly what you would expect from a druggie who hates authority and all things Trump.

Calvin Broadus Jr., better known as Snoop Dogg, stands with a drink in hand while looking over Trump’s body with a smirk on his face. A toe tag on the apparently dead body simply reads, “Trump.” “The President said he wants to make America great again,” the song’s opening lyrics read. “F*ck that sh*t, we’re going to make America crip again.” So, he wants the Crips to take over the country? Screw that and if it was ever attempted, the Crips would actually get a new appreciation of the Second Amendment. 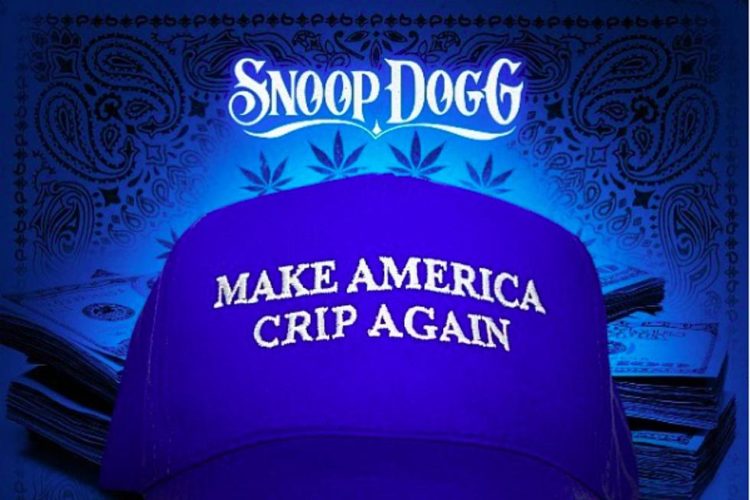 Being the political activist and suave spokesman that he is (not), Dogg also addressed the NFL scandal, after Trump called for the firing of football players who decide to take a knee during the National Anthem. Snoop Dogg defends former San Francisco 49ers quarterback Colin Kaepernick, who popularized the form of anthem protest during the 2016-17 season. Of course he does… he’s a black nationalist and a militant one just like Kaepernick. Racists of a feather.

“As I look around I see so many millionaires with skin like mine, don’t pretend that I’m with that bullsh*t your President been tweeting,” he raps.“Colin Kaepernick was blackballed… This still America with three K’s, believe that sh*t.” If you go by this idiot’s lyrics, he has the IQ of a rodent. Apropos, eh… Snoop? You’ll remember back in March, this classless rapper released a violent music video that shows him pulling a gun and shooting President Trump. Trump responded to the video by suggesting that if Snoop Dogg had made a similar video about former president Barack Obama, he would likely have faced jail time. So true. 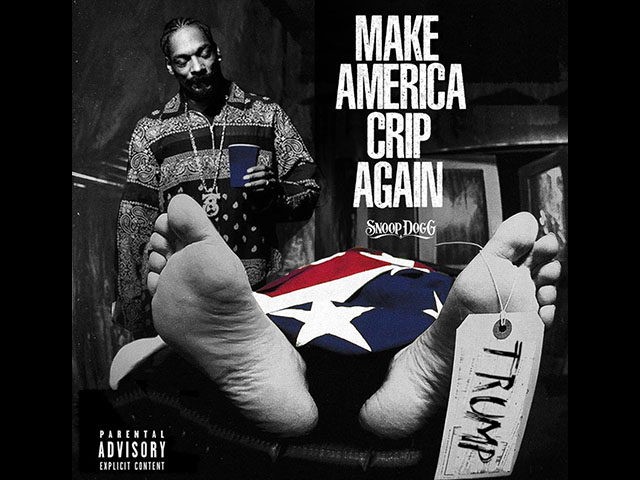 This is a thing with the left. Kathy Griffin is now infamous for spoofing the beheading of President Trump, a la ISIS-style. She posed with a fake, bloodied decapitated head meant to resemble that of Trump. And who can forget Marilyn Manson’s video last November portraying a man resembling Trump lying decapitated on the floor in a pool of blood. Subtle these reprobates are not. Frankly, I think whenever this happens they should not only get a visit from the Secret Service, which Griffin did, they should cool their heels in jail for at least 24 hours and get some kind of fine for incitement. Actions have consequences, even for wealthy celebrities who are full of themselves.

Can you imagine what the outcry would be if @SnoopDogg[3], failing career and all, had aimed and fired the gun at President Obama? Jail time!