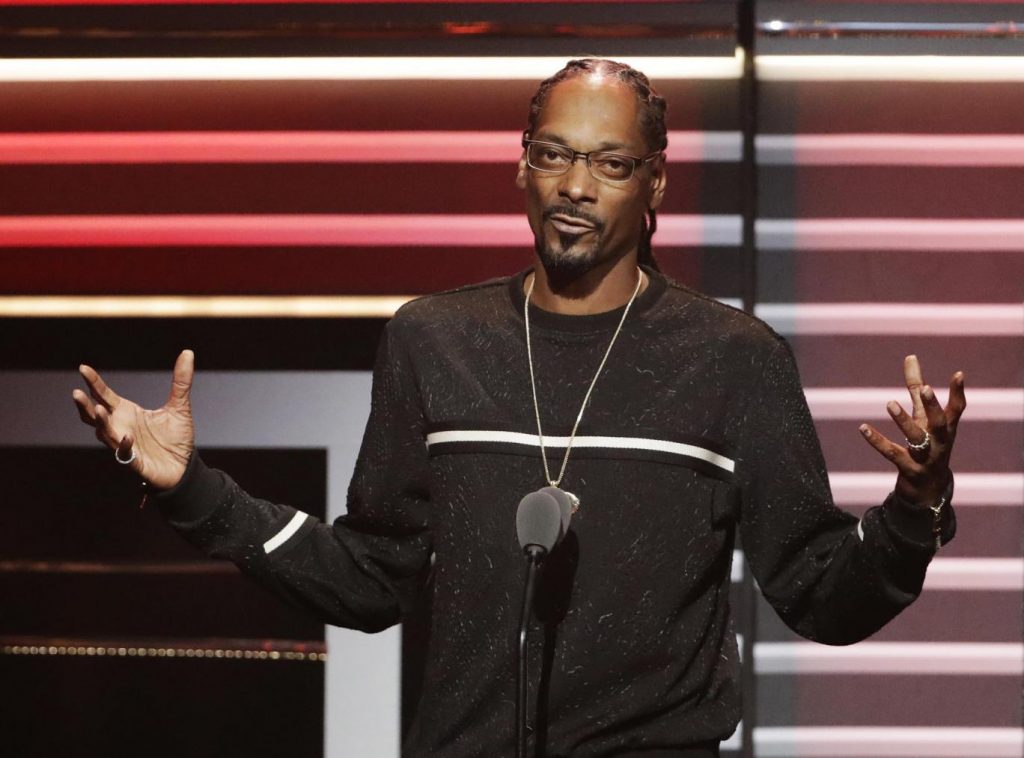 Snoop Dogg, despite being old enough to officially qualify as Dad Rap, has produced a new rap song with such mindlessly poor lyrics, you’d swear it was written by some left-wing hipster nerd over at Salon. In Make America Crip Again, Snoop proves that he’s all out of ideas with stupid lyrics guaranteed to get us all to pay attention to him:

The Crips are a gang. Woo, gang violence. What, are you going to run over the White House and wrest the Oval Office from Trump with a bunch of gang members? So edgy, Snoop. You’re 46 years-old.

Hey Snoop, what’s your policy on NAFTA? Any opinion on military procurement in an age when drones are constantly going down overseas and must be changed to prevent the enemy from catching on?

“This still America with three K’s, believe that sh*t.”

Ah, never mind, you have nothing to add.

Back in spring, Snoop released a hamfisted music video showing himself pulling the trigger on a fake gun pointed at a man dressed in clown makeup to look like the President. At the time, Trump tweeted: “Can you imagine what the outcry would be if Snoop Dogg, failing career and all, had aimed and fired the gun at President Obama? Jail time[2]!” And, as usual, Trump isn’t wrong. It’s okay to express violent thoughts against Trump, being a big blustery Scottish/German New Yorker. Ted Cruz weighed in to say that “Snoop owes the President an apology,” sounding more like a high school principal than the would-be leader of the country. “There’s absolutely nothing funny about an assassination attempt on a president.” Rubio chimed in too (remember Rubio?) pointing out that since Presidents have been assassinated in the past that imagery like this is something “we should be very careful about.” Ah, Rubio. Spoken like a true loser. 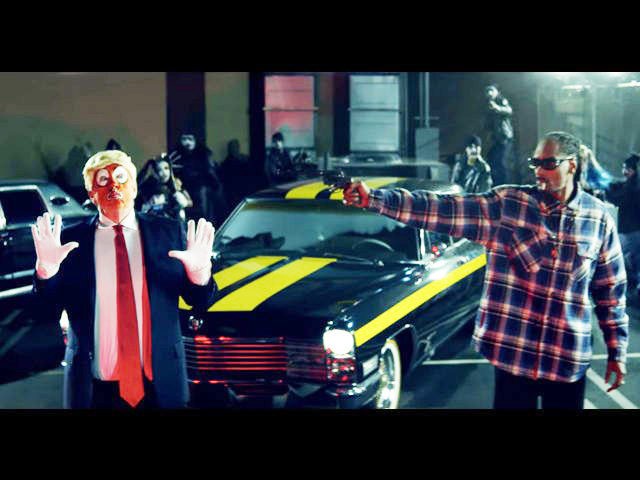 Last month, Snoop posted on Instagram that he’d be moving up north to sunny Toronto, Canada[4], tagging the Canadian rapper Drake in his post of the iconic CN Tower, asking for help in finding property. Well, since Snoop grew up in Los Angeles, Drake should first take him to get kitted out in winter jackets before showing him what the country has on offer.

I’m one of those white people who likes to listen to 25 year-old hip hop, so I must be missing the appeal here. It just sounds like electronic nonsense. His lyrics are literally about how he doesn’t like how Trump uses Twitter. C’mon, man.