What a despicable asshat Stephen Colbert is… really.[1] He’s now saying he’s not sorry for his vile monologue the other night where he referred to Trump’s mouth as “Vladimir Putin’s c*ck holster.” The whole skit was insulting, demeaning, disrespectful and not funny in the least. After Colbert pulled that, Twitter was set on fire with the hashtag #FireColbert. At the time I said, just watch… he won’t get fired, he’ll get a raise. He did that whole thing with the blessings of his network. I’d bet on it.

Yes, he’s still host of The Late Show, not that most of America will ever watch him again. Hope it was worth it to get slaps on the back from his media and Hollywood buds. Colbert was upset that CBS’ John Dickerson was insulted when President Trump called him fake news. Well, that is how Trump sees it. I would not have done that, but I’m not the President. Regardless, that is between Dickerson and Trump. Getting up on national television and calling the President names and making homophobic slurs against him is way out of line and should get you fired. Had anyone on the major networks done that to Obama, they would have been in the unemployment line. And by the way, CBS is part of the ‘fake news’ problem. 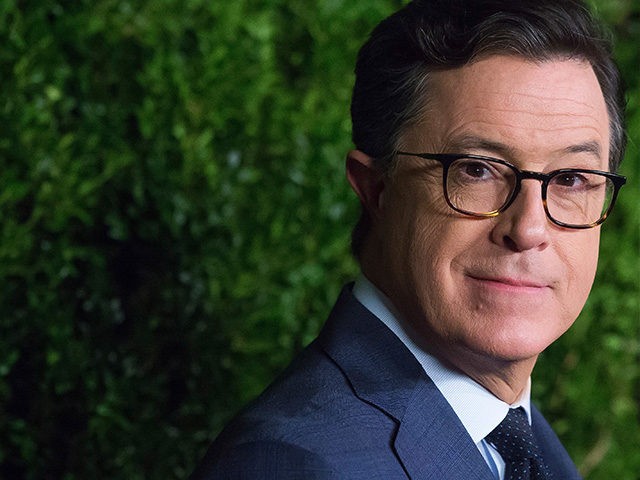 Stephen Colbert responded Wednesday night to the controversy surrounding his use of a homophobic slur earlier this week during a blistering Late Show monologue in which he bashed President Donald Trump.

Colbert opened Wednesday night’s show by jokingly assuring the audience he was “still the host” of The Late Show, after he generated a social media firestorm[3] Tuesday and Wednesday when he referred to Trump’s mouth as “Vladimir Putin’s c*ck holster” during Monday night’s broadcast.

“Now, if you saw my monologue Monday, you know that I was a little upset at Donald Trump for insulting a friend of mine,” he added, referring to CBS’ John Dickerson[5]. “So at the end of that monologue, I had a few choice insults for the president in return. I don’t regret that. He, I believe, can take care of himself. I have jokes, he has the launch codes. So, it’s a fair fight.”

As a matter of fact, no it isn’t fair, you imbecile. Trump will never use those launch codes most likely, but you’ll use humor as a cover to slander him constantly. Colbert continued by acknowledging his choice of phrase had been offensive to the LGBT community, but declined to offer an apology for using the term. What a freaking hypocrite. CBS should be ashamed, in fact, they should probably be sued over this.

“So while I would do it again, I would change a few words that were cruder than they needed to be,” Colbert said. “I’m not going to repeat the phrase, but I just want to say for the record, life is short, and anyone who expresses their love for another person, in their own way, is to me, an American hero. I think we can all agree on that. I hope even the president and I can agree on that. Nothing else. But, that.”

Colbert called Trump a “presi-dunce” and a “prick-tator.” Brilliant and imaginative he isn’t. “Sir, you attract more skinheads than free Rogaine,” he said then. “You have more people marching against you than cancer. You talk like a sign-language gorilla that got hit in the head.” These are the first comments from Colbert since he said all this… CBS is still not commenting on the matter. It shows a definite lack of respect for the President and shows an utter lack of class. I hope people do boycott them and I’m not one for boycotts. I guess we know how low Colbert will go now… right into the gutter where he lives. 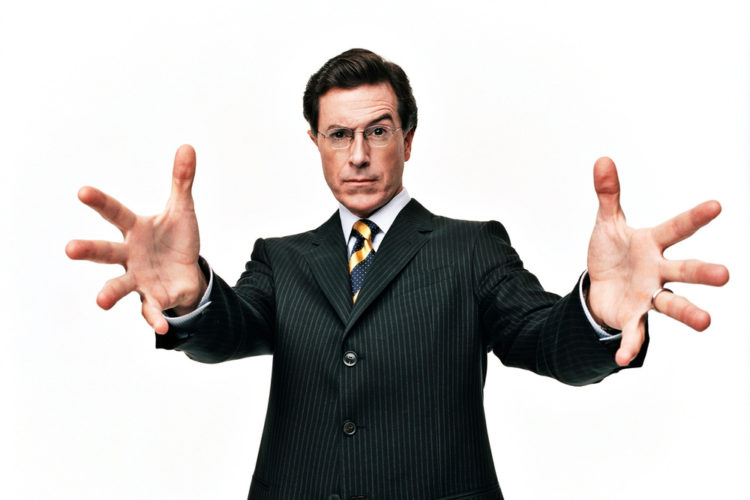