SUPERSTAR Rapper Hears About White Cop in Black Neighborhood – What He Does Next? SLAMS BLM!

It’s interesting to see the differences in how some people try to improve relationships between white cops and black Americans. Some try to go the violent route and riot their way to peace — as if that makes sense — and others try to build better relationships. And one white cop who is doing a lot of good for his neighborhood just got a lot of help from this superstar rapper. 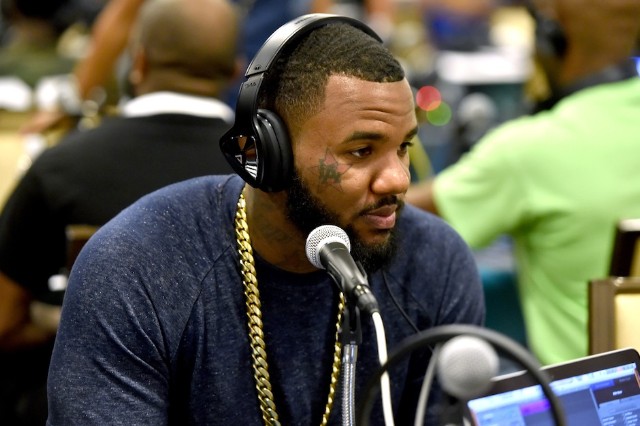 Rapper The Game and his oldest son have raised over $53,000 on behalf of Little Rock, Arkansas police officer Tommy Norman, a white officer known for spending quality time with children within the predominantly black communities he serves.

The Game said his son, Harlem, was inspired to raise the funds after a conversation the two had about “good cops and bad ones.”

The Game, in full support of his son’s mission to spur positive police-community interactions, donated the first $1,000 to Harlem’s campaign.

Officer Norman appeared to be blown away by Harlem’s blessing.

“What do I say? What do I do? As I type this I look into the sky & thank the man above for my heart to serve!,” Officer Norman wrote on Instagram to his nearly 1 million followers.

“But can I be honest? I don’t see what you see. I don’t see the amazement. Being on the inside looking out, and giving of my heart & soul for so many years is just a part of life for me,” he wrote. “To grab the worlds attention? No way! A sincere thank you to @losangelesconfidential & his son @hvrlemtaylor for having faith in my mission & dream to change the world!”

Throughout the weekend, The Game continued to spotlight Officer Norman to his 6 million-plus Instagram followers.

As Breitbart News previously reported, The Game spent his weekend thanking and showing support to police in his native California.

This is how you make a difference. Fighting and looting and screaming and rioting will get you nowhere. But if people would be willing to come together and help each other, imagine how much further we could get.