The Wrath Of Bieber Is UNLEASHED! 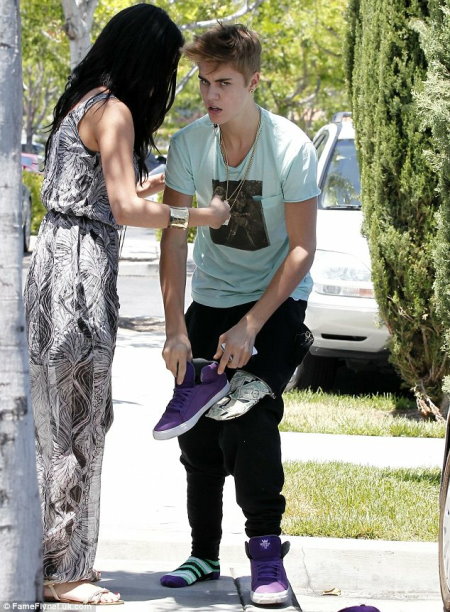 If this is the face you see after you’re hit so hard in the chest you go to the hospital, your man card is revoked.

Sheriff Lt. Robert Wiard says the photographer in question called 911 on Sunday and complained of pain to his chest.

Wiard says the photographer was taken to a hospital where he was treated and released.

That pain? It’s probably a heart attack caused by THE SHOCK of SHAME! Being beaten so badly by Justin Bieber that you had to go to the hospital is like being “mauled” by a chihuahua. 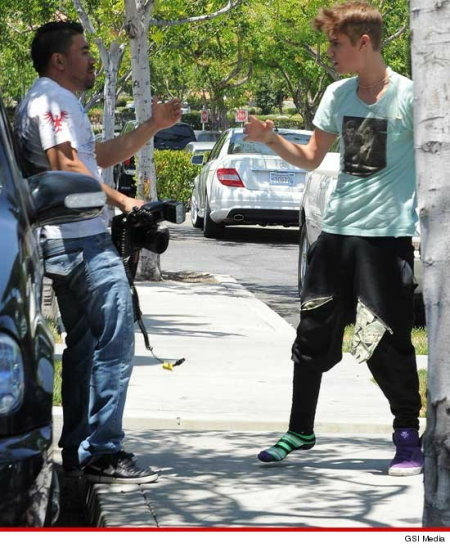 
Justin Bieber just after severely beating a man who will never live this down or giving him some fabulous hair care and fashion tips, one or the other, courtesy of TMZ[4].

According to TMZ, it sounds like the WRATH OF BIEBER was even justified.

We’re told several witnesses at the scene say after the altercation, a lawyer walked up to the photog and said he could get a lot of money out of the incident and advised the dude to call for an ambulance and file a police report.

Witnesses also say the photog had been blocking Justin’s car as the singer was trying to leave. Justin got out of the car and asked the guy to move away but he wouldn’t, and a scuffle ensued.

If I were a judge and a man walked in and told me Justin Bieber roughed him up, my first instinct would be to laugh, point, and then dismiss the case. Good luck in court, Bieber!