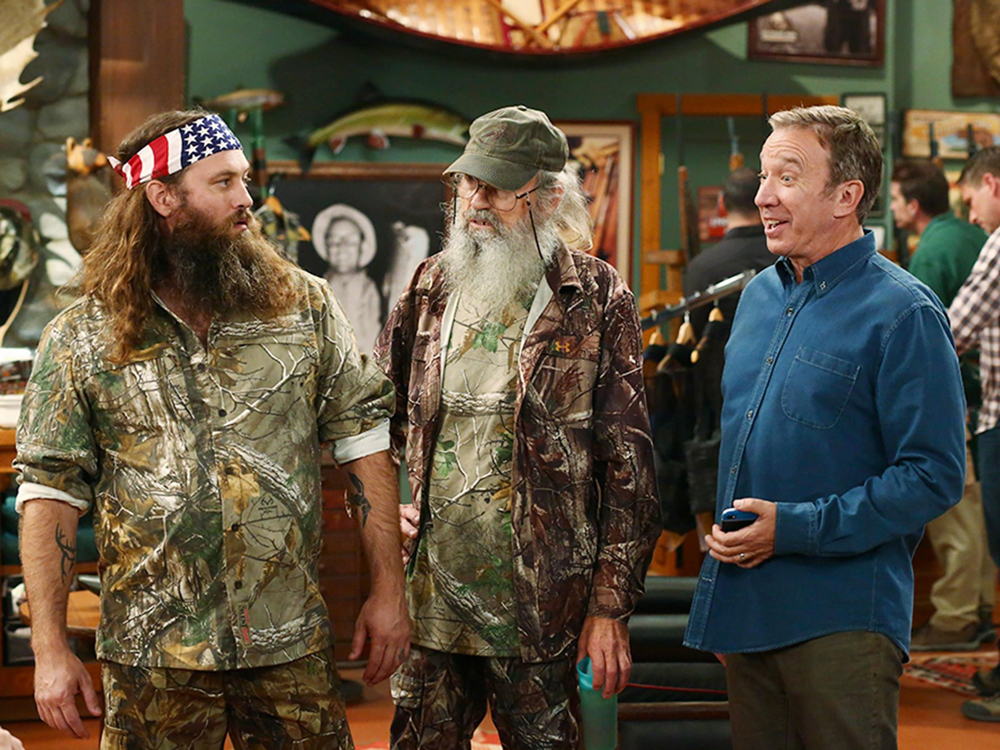 Norm MacDonald is one of the funniest comedians on YouTube and he recently invited Tim Allen to guest on his show.

With Allen still fresh from the shock of having his show Last Man Standing cancelled despite its tremendous ratings, he explains to Norm that there’s “nothing more dangerous right now than a likable conservative character.” Pointing to Archie Bunker, Allen said he’s “a version of [Carroll O’Connor, who played Archie, but was not like him at all].”

“[Archie Bunker] is mitigated on [All In The Family[ by a family of women that had a difference of opinions, but he was a likable guy and a principled guy.”

On an episode of Last Man Standing that aired before the show’s cancellation was announced, we reported on a unique bit of dialogue between characters as being one of the very pro-Christian exchanges on modern television, where a one-dimensional idea of an angry, vengeful God is corrected to where Jesus is called a friend[2] who loves you even if you do commit a sin.

In May, when the show was cancelled, an immediate boycott of ABC shows[3] was called by conservatives who blamed the liberal execs for cancelling the show for no reason besides that it was too sympathetic to conservatives with Allen’s likable churchgoing patriarchal lead character.

This is far from the only time Allen has spoken up about his religion and his relationship with God. In this clip taken from an ABC interview, Allen talks about how he wants a relationship with “whoever built me.” I already moved the clip forward to 3:40 so you can get right to the point.

You can watch the entire Norm MacDonald show featuring Tim here, but we already skipped forward to 34:50 where he gets into the dirt, saying that the cancellation was handled “very badly” because even though he is a survivor, there are 190 workers on the show that didn’t know until late June that they’d be out of a job. It was the network’s second highest rated show and said that they should have been kept on air simply just to help launch shows that were debuting, which could be put in the Friday night slot right after Last Man Standing.

As for Norm MacDonald, I can’t recommend seeing his live shows enough if you happen to notice one is playing in your area. If he’s not around, you can at least enjoy this whopping 25 minute compilation of his time on SNL, with all the times he’s dragged Hillary or Bill Clinton through the mud during their tenure in the White House.