Tina Fey insults college educated women who voted for Trump, then gets a brutal dose of karma right in her face [VIDEO]

Man, I hated this ditz[1] when she mocked Sarah Palin. She hasn’t gotten any brighter or smarter. She certainly is not funny. Who the hell does Tina fricking Fey think she is? She doesn’t speak for all women. She certainly doesn’t speak for me. I have degrees, I’m white, I like HGTV… and I’m a conservative. Just because she is a partisan political hack and voted for a corruptocrat simply because she was the right gender, doesn’t make her wise at all… it makes her a political zombie who couldn’t think her way out of a box. Education or not… she’s stone stupid.

Fey spoke[2] at the ACLU Stand For Rights benefit on Friday night when she decided to scold and lecture women for the way they vote. I’m not thrilled with Trump, but compared to Hillary Clinton, the guy is heaven. We dodged a bullet to the brain when Clinton was defeated. If a man spoke to women this way, he’d be crucified. If a conservative woman dared to speak out against Clinton this way, holy hell would be unleashed. But Tina Fey thinks she can pontificate any way she wants because she’s one of the chosen – a liberal elitist from Hollywood. Screw that. 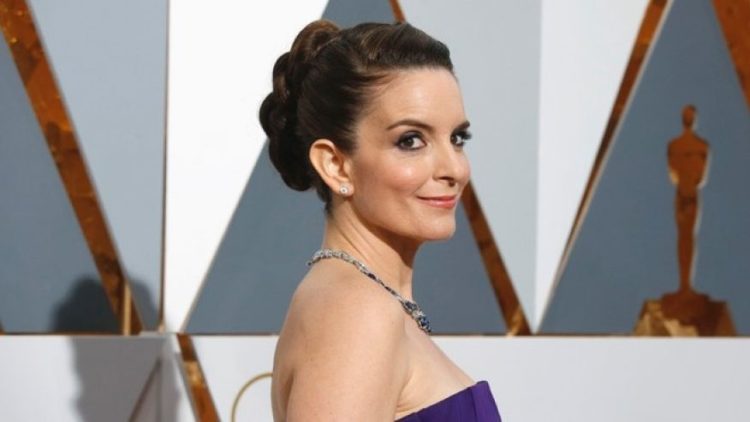 Nothing changes the hearts and minds of women like scolding them for how they vote.

Just who in the Hell does she think she is? Talking to any woman that way? Can you imagine the fit the Left would throw if anyone spoke about college-educated white women who voted for Hillary that way?

Oh wait, none of them voted for Hillary … never mind.

File under: Had a man said this …
(Alternate: Why Trump won) https://t.co/ZCLBdKsqam[7]

Oh yeah, if a man had said this? Forget it. Mass hysteria. But since she’s a woman on the Left it’s ok to make sexist and racist comments about Trump voters.

“The thing that I kinda keep focusing on is the idea that we sort of need to hold the edges, that it’s sort of like a lot of this election was turned by kinda white college-educated women who would now maybe like to forget about this election and go back to watching HGTV and I would want to urge them to like ‘You can’t look away.’

I have more knowledge in my little finger concerning politics than this airhead does. So, consider the source. What a self-righteous, arrogant sea hag. I can’t imagine a woman of true intelligence EVER voting for Hillary Clinton. And I also don’t think Tine Fey or anyone else has the right to lecture me on my politics. She can stuff a sock in it.

Fey’s comments were both sexist and racist. Exactly what she accuses everyone on the right of. There are an awful lot of people out there, many of them are celebrities, that have no idea what they are talking about. I have been a conservative my whole life. But I have always made room for other opinions. Just because I don’t agree doesn’t always make me right. What I can’t tolerate is being schooled by someone who doesn’t have a clue about what she is lecturing on. She does it because liberals think they know better and she considers herself everyone’s better. That stance I have a real problem with.

Thank you Tina for once again reminding me and the rest of America why we despise Hollywood, the media and the left. You want to know why you lost? You should hear yourself… it’s this elitist attitude that finally did it for most of us. Fey deserves the dose of brutal karma she is getting over this. But don’t count on it making her change her stance. It’s ‘who’ the left is.