Tom Hanks: Trump’s Call To Widow ‘One of the Biggest C**K-Ups on Planet Earth’ [VIDEO]

Dammit. I used to really like Tom Hanks. I love his movies. Why the hell did he have to go political and destroy all of that? Sigh. Hanks just described the reported comments on President Donald Trump’s call to a Gold Star Widow as “one of the biggest c**k-ups on planet earth.” There goes my classy image of him as well. “I’m only knowing what I read in the newspapers and what have you, and it just seems like one of the biggest c**k-ups on planet earth, if you ask me,” Hanks said Saturday night after accepting the Records of Achievement Award at the annual National Archives Foundation gala in Washington. Then he sure doesn’t know much, now does he?

“This is a tragedy of the utmost consequence and it goes much longer beyond who’s going to come out on top of the new story,” he continued. “I think it’s very sad.” That’s because he has no idea what he is talking about. President Trump did nothing wrong. He was set up nine ways from Sunday because he did a kind thing by calling a fallen soldier’s widow. A widow that is predisposed to hating Trump, just the way the media does that is running with this false narrative. Shame on Hanks for not checking the whole story out. 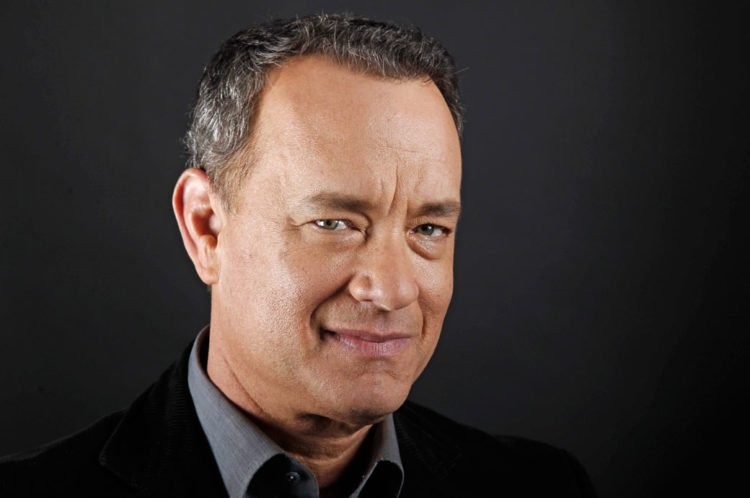 The widow of Sgt. La David Johnson is claiming that Trump’s words of condolence to her hurt her deeply. Either she misconstrued his words or didn’t bother to understand what he said and meant. She lost her husband in a terrorist ambush in Niger and that is tragic. She deserves our respect and comfort. But she doesn’t have the right to use her dead husband as an excuse to lie and bash the President because the opportunity presented itself. That is just despicable.

That’s why she had Rep. Frederica Wilson with her when she took the call and let her listen in. It was one huge set up to make the President look bad. Her husband had just been killed, so what does she do? She goes to a raving moonbat, racist politician to help her out. Rep. Frederica Wilson claimed that Trump told the Gold Star Widow that her husband knew “what he signed up for.” Trump may have said that, but context is everything and this is definitely out of context.

I had a very respectful conversation with the widow of Sgt. La David Johnson, and spoke his name from beginning, without hesitation!

Johnson went on Good Morning America and confirmed what Wilson has been hatefully spouting, saying that it was “100 percent correct. The President said ‘He knew what he signed up for, but it hurts anyway,”‘ Johnson said. “It made me cry because I was very angry at the tone of his voice and how he said it. ‘He couldn’t remember my husband’s name,” she continued. “The only way he remembered my husband’s name was because he told me he had my husband’s report in front of him, and that’s when he actually said ‘La David.’” Does anyone out there actually believe this crap? I don’t.

Last week, Chief of Staff General John Kelly, who himself is a Gold Star Father, defended the President over the incident. He was the one that helped President Trump figure out what to say to the grieving widow. He also accused Wilson of politicizing what he called a “sacred” effort to console the grieving relatives of a slain soldier. Kelly also recalled words of consolation from General Joseph Dunford, that when his son died he was surrounded by his friends. “That’s what the President tried to say to four families the other day,” he added. And only one tried to tear him down over it. But by all means, Tom Hanks, believe what you are spoon-fed by the hateful, lying media. It’s what leftists do.