Transformers’ STAR Speaks Out: ‘I Stay Away from Politics Because Nobody Cares What I Think’

Joining the few in Hollywood[1] who actually get it, Josh Duhamel of Transformers fame, says he doesn’t get involved in politics because people don’t care about his politics. Instead, he does what he loves, which is act. Smart guy… he’s not just another pretty face evidently. Josh is having a blast with his latest movie, Transformers: The Last Knight. It also stars Mark Wahlberg, Anthony Hopkins and John Goodman. Talk about a star studded lineup! And Wahlberg is a conservative who has said similar things about politics. Duhamel’s honesty is refreshing.

Josh is married to singer Fergie and they have a three year-old son. Between family and work, I doubt he has much time for the nonsense of politics and activism. People are sick of Hollywood stars pushing their political opinions down their throats, so it’s nice to hear sanity from someone like Duhamel. Politics has turned off many people so much they don’t watch many movies or shows anymore because the liberal leanings of the stars ruins it for them. 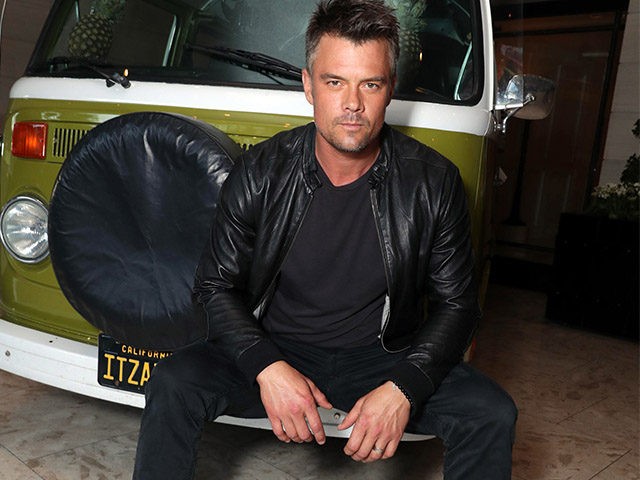 In a recent interview with Fox News, the Transformers: The Last Knight[3] star said “I don’t necessary think it’s important to tell people how to vote.”

“That’s one thing I don’t do. I don’t like to get involved politically at all. Nobody cares what I think politically,” Duhamel said.

Last year actor Mark Wahlberg said[4] “out of touch” celebrities should keep their political opinions to themselves. And KISS frontman Gene Simmons shared a similar sentiment, saying[5] “I think celebrities should basically shut their pie holes and do what they do best — act, sing, tap dance, juggle balls, and all that kind of stuff.”

Duhamel appeared to agree with that sentiment, and added that celebrities are “misinformed” if they believe people actually care about their political opinions.

“Anybody in entertainment who thinks people care what they think politically are really misinformed,” he said. “That’s one thing I stay away from. I stay away from politics because nobody cares what I think.”

We’ve all been subjected to celebrities campaigning for one candidate or another. Primarily leftist politicians. It doesn’t influence our stances, opinions or our votes… but it does annoy the heck out of us. I was thoroughly disgusted by the Women’s March and I’ve grown extremely tired of hearing Trump-hatred coming out of Hollywood.

So, for once it’s nice to hear a star that I like say that he intends to stay away from politics. It makes it much more likely I will go see his movies and it makes me like him as a person. The rest of Hollywood should take a lesson from Josh Duhamel.

Dems failed in Kansas and are now failing in Georgia. Great job Karen Handel! It is now Hollywood vs. Georgia on June 20th.