I hear they turned The Donald down on flying kids[1] in his $7 million dollar helicopter. That’s a pity. The kids would have loved it and so would have the voters. That’s the point, isn’t it? They just don’t want Trump looking better than the anointed ones. Jealous elitists. But in the end, it doesn’t matter. Trump leads Jeb Bush right now 25 to 12. It’s not even close. And it gets, oh so much better! Trump had a private meeting with Ted Cruz not long ago in New York. Gee… wonder what that was about? Soon after, Trump started mentioning Reagan in his speeches. I’ll bet that the Cruz Coalition idea that Trevor Loudon and I have pushed from the beginning was a topic in that meeting. Heck, Trump may have even asked if Cruz would be his VP. This week, Trump had lunch with Sarah Palin and said she would be great in his Cabinet. Yesterday, Trump tweeted that he wanted Trey Gowdy as Attorney General. Liberal heads started exploding on cue. No helicopter rides for RINOs and Liberals! 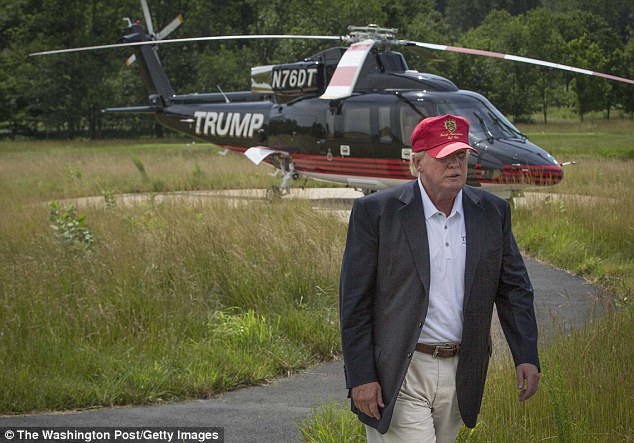 Trump wants to set up his $7 million SIkorsky S-76 helicopter as a children’s carnival ride at the Iowa State Fair .

Step right up, children of Ottumwa, Cedar Rapids and Sioux City! No tickets needed – just put on your ‘Make America Great Again!’™ cap and make your way to the front of the line for a ride on Donald Trump’s[3] flying fortress.

It’s the silly season in America’s midwest, and for eleven days beginning on August 13 Iowans will converge on the state fairgrounds for livestock shows, country music, fried Oreos, games, carnival rides – and pitches from presidential candidates.

This year’s main attraction, if Trump has his way, will be his $7 million Sikorsky S-76 helicopter – a one-of-a-kind campaign tool available only for children who want to see what cornfields look like from 5,000 feet above the dirt.

The billionaire told DailyMail.com on Wednesday in an exclusive interview that he’s asked the Iowa State Fair for permission to set up the thrill ride at his own risk and expense.

The lucky riders will hop aboard the same whirlybird that appeared in the openening credits of ‘Celebrity Apprentice.’

‘We’re going to fly it out to Iowa and I’m going to have it there,’ he said in his Manhattan office, initially referring to the annual event as ‘The World’s Fair.’

‘I look forward to that. I went there once years ago,’ he said. ‘It was so great. So many people.’

And so many Republican primary voters. With children.

‘I’m going to try giving kids lifts in the helicopter,’ he said near the end of a half-hour interview that ranged in topics from high finance to Hillary Clinton’s ‘low class.’

The 52-foot executive chopper seats 12 people comfortably, including the pilot. It’s unclear whether Trump would remain on board with young Iowans or remain on the ground to hand leaflets and stickers to their parents.

But he’s making plans to be there and show off one of the helicopters in his air livery.

‘I have three helicopters,’ Trump boasted on Wednesday. ‘Did you know that?’

‘I have one at Turnberry, one at Doral, and one in New York City.’

The Turnberry chopper took him Thursday to his golf course in Scotland, which is hosting the Women’s British Open golf tourney this weekend.

It’s the New York chopper that would make the two-hop, 1,000-mile trip to Iowa. Trump would take his Boeing 757 jet and meet up with his crew in the Hawkeye State.

Aside from the obvious media value of such a spectacle – ‘It’ll be magnificent,’ Trump mused – the unlikeliest of Republican front-runners grinned broadly when he imagined the scene near Des Moines.

‘We’re asking approval,’ he said, nearly hopping out of his chair. ‘We’re really doing it!’

‘Because I would love to take some of the young kids – you know, put 10 kids into the helicopter and let ’em go up and down.’

The chopper itself was outfitted and decorated by designer Eric Roth at a cost rumored to be $750,000 – after the purchase of the aircraft itself.

Children who manage to clamber aboard will sink into cream-colored Italian-leather seating, sip Trump-brand ice water and secure themselves with 18-karat gold plated seat belt buckles.

Roth also designed the interior of Trump’s 757, using the same materials – including what pilot John Dunkin said in May was enough gold to plate the outside of a Greyhound bus.

The Iowa State Fair’s press office did not respond to requests for comment about whether Trump will get permission to launch his short-term attraction in two weeks’ time, but he’s hopeful.

The Donald said of the whole concept: ‘It’s cool. Isn’t it cool?’

This morning I caught Karl Rove whining about Trump being in Scotland instead of campaigning at home. He shook his proverbial finger at Trump and admonished that if he wanted to win, he better pay attention to Iowa and other states. What a sanctimonious jerk. Trump is already handling Iowa, New Hampshire, Florida and Nevada. He has huge leads in each state and Rove has the nerve to lecture him about going to Scotland? The Rovester needs to just go away… no one wants to hear him open his pie hole ever again. We’d much rather watch Trump trout smack Leftists and the media. We’d rather see him slap silly elitist RINOs. We’d much rather see his helicopter and watch his speeches than hear from the likes of Rove and his cronies. Trump is excited about this more than anyone I have seen in forever – he’s like a little kid himself and I’m loving it. 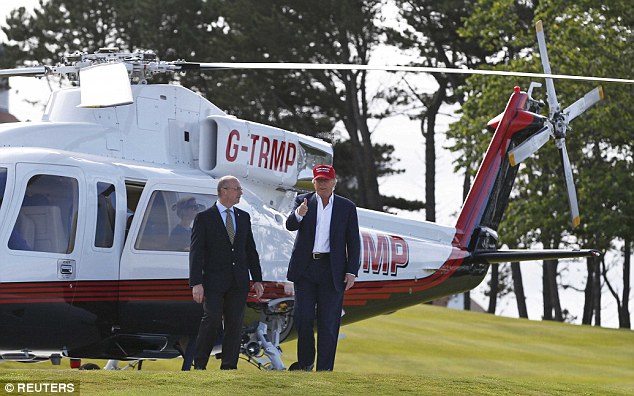