Is anyone else getting sick of Alyssa Milano constantly complaining about the President? I get that she doesn’t like the guy. Most of the time, I don’t either. That being said I’m not a total wuss about it either. I don’t complain that his tweets cause me to curl up in the fetal position and beg to be put out of my misery. Perhaps that is because I don’t base my entire existence around the President’s genitals. I certainly wouldn’t put on a Cinderella tiara and complain about my feet being cold. SMH.

Her pitiful tweets almost make me feel bad for her. And then I remember that she knew about Harvey Weinstein’s habit of sexually victimizing actresses and I realize she deserves everything she gets. And more. There’s no way she couldn’t have known for years it was going on. 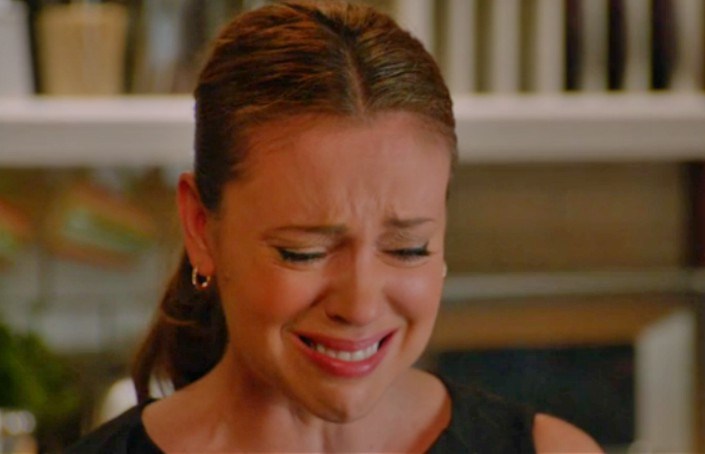 “Just made the mistake of reading all of @realDonaldTrump‘s tweets from the last few days. I’m now curled up in the fetal position with an Cinderella tiara on my head. Also, my feet are cold. So very cold,” she wrote. Who celebrates the end of the year by reading the emails of someone she hates? And then whines about it on social media so all her fans can feel sorry for her. That’s disgusting.

Just made the mistake of reading all of @realDonaldTrump[2]'s tweets from the last few days.

I'm now curled up in the fetal position with an Cinderella tiara on my head.

Also, my feet are cold. So very cold.

Reading days’ worth of Trump’s emails didn’t help Milano one little tiny bit. But it did trigger every snowflake on the left and it left conservatives laughing out loud when she took to Twitter with it. How pathetic can you get. And what a crappy so-called leader of the resistance. This woman has no life anymore, much less a career. It’s sad and irritating all at once. She needs the help of a really good shrink. This is yet another leftist celebrity who just can’t get over Hillary Clinton losing. It’s been a freaking year already… get the hell over it.

This is the same woman who threatened to “take to the streets” if Trump fired Special Counsel Robert Mueller, issuing a call to action to the Resistance brigade. Yeah, I don’t see that happening if 280 characters can bring her to her knees. She is both the worst and the best example of a feminist I’ve ever seen. The worst, because real feminists would spit on her if they could see what women have become in 2017. The best because this is the most accurate representation of modern-day feminism that I’ve seen in my entire life.

She’s probably just being a drama queen here, but then again, maybe not. The “independent, powerful woman” narrative kind of goes out the window when you start posting crap like this.

Twitter also jumped on the chance to bash a group of people who claim to “resist” Trump’s Presidency. Presumably by crying so much for the next four years that they can’t hear or see anything he’s doing.

This thread is full of liberals admitting publicly that words on a screen cause such deep disturbance that they revert to emotional childhood. https://t.co/xFew6iVS64[4]

Acknowledging there is a fetal position implies you understand the existence of the prenatal fetus = human baby. So was it really a fetal position, or just a snowflake position? https://t.co/3RHgLRnHfH[6]

I mourn for all those hours I wasted watching this nitwit on Who's The Boss. https://t.co/nKTkOw29hk[10]

It’s not surprising that Milano and liberals just like her are so deeply disturbed by the idea of not getting their way that they are having to throw tantrums like children in order to get attention. The thing Trump does better than any other person on the planet is turn fully-grown adults into whimpering, snot-nosed babies. I wish I had that kind of anti-aging power. Just think, we are going to be subjected to these fits for at least three more years, if not seven. I doubt Milano will survive at this rate.

Of course, you have to feel bad for Alyssa. Imagine being so emotionally unstable, so mentally fragile, that tweets are enough to rock you to your core? Imagine being so weak that something said in 140-280 characters can cause you to curl up into the fetal position? Clearly she is not well. Seek help Alyssa… for all of our sakes.

One commenter left a little perspective for Milano. Ben Rhodes on Twitter had this to say, “There are thousands of people in Iran, right now, protesting, fighting and dying for their freedom. This is what resistance really looks like. Your continuing tantrum over not liking the results of a free and fair election, in contrast, make you look beyond pitiful.#IranProtest.” It certainly does.

How about enjoying life without being an alarmist or drama queen?

Why are people so mentally weak now? Mentally strong people understand that change is unavoidable. Feeling angry and sorry for yourself is pointless. Seek help Alyssa…you need it. ????????

Something tells me you need some kind of help if the man's tweets make you feel this way. Good Lord. https://t.co/wARuhql6bC[18]

There are thousands of people in Iran, right now, protesting, fighting and dying for their freedom.
This is what resistance really looks like.
Your continuing tantrum over not liking the results of a free and fair election, in contrast, make you look beyond pitiful.#IranProtest[20] https://t.co/n29aEy1bbN[21]

That's rough. If women in Iran only knew how bad things are over here.