Really? That’s deep.[1] Right back at ya dude. Actor and former Calvin Klein model Antonio Sabato Jr. says he doesn’t trust Ted Cruz because there’s just something about him. Yeah… that’s called integrity. He’s a man of faith and a constitutional conservative. Neither of which Trump has a passing knowledge of. Gee, when a male model who stars on soap operas becomes your go-to guy on politics, I’d say you’ve scraped the bottom sufficiently. I’m sure he’s a nice guy, but choosing Trump over Cruz gives me severe pause over the guy and whether he is a true conservative or not. Just sayin’. 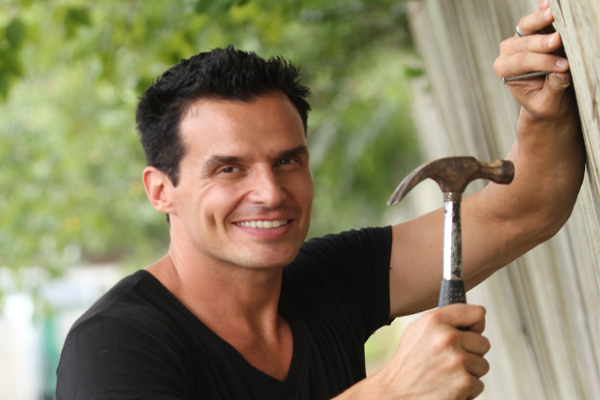 Sabato, known for his roles on television shows such as “General Hospital,” told Fox News’ “Outnumbered” on Friday that the Republican presidential candidate may not be perfect, but “at the end of the day he’s honest.”

He could not say the same for rival candidate Sen. Ted Cruz. “I cannot trust Cruz,” he said. “There’s something about him.”

As far as Cruz being in the race if Trump wasn’t… well, the nomination process would already be over and Cruz would be the nominee as far as I’m concerned. Cruz is tied with Trump in California and since Trump is trying to bolster his votes in New York, he abandoned California and Colorado. Cruz took all the delegates in Colorado. That’s after a landslide victory in Wisconsin. He’s about to take all of Indiana and since Trump is nowhere to be found, Cruz is surging in California. Even worse for Trump, Cruz has surged 10 points this week in New York. Between Cruz and Kasich, they may very well keep Trump from the 50% goal line in New York. Cruz has the best ground game in the business and the way things are looking, he could very well slingshot past Trump at a contested convention. Something tells me Sabato chose poorly, but it’s his choice to make. Hey, that’s show biz.