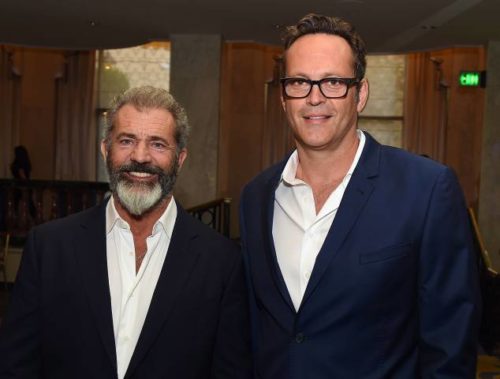 In Hollywood, only certain actors can be forgiven[2] and allowed to restart their careers. And actors who have professed at one point or another to be people of faith or who are politically conservative are not among them. The Left is abuzz with derogatory words for Mel Gibson and his new film Dragged Across Concrete. They claim the film is racist. Which is hilarious given the filth that Hollywood pumps out. But it goes deeper than that. Gibson has been on the Hollywood hate list ever since he made the film Passion of the Christ years ago. And it didn’t help that he was arrested in 2006 for DUI. But Hollywood is selective in who gets blacklisted and who doesn’t. Remember Robert Downey Jr. and his long journey back from drug addiction and a period of years where no one would hire him? Now, Downey Jr. is one of the hottest stars. But that’s because he plays the Leftist game. He’s a Liberal. He never claimed faith. His sins are forgiven while Gibson’s are thrown back in his face every chance they get.

Some Liberals even went so far as to randomly drag Beyoncé’s unborn twins into the discussion with an illogical tweet.

But Gibson got some payback this year. He was nominated for a best director Oscar for “Hacksaw Ridge.” In addition, the movie has been nominated for the Golden Globes for best picture and best director and has won nine of 13 Australian Academy of Cinema and Television Arts awards. And lastly, Gibson was director of the year at the Capri Hollywood.

Hollywood is always inconsistent. One minute you’re up, the next you’re down. But one thing’s for sure, for some there is no forgiveness. Ever.