The Internet is a double-edged sword. It can make or break you. There are mobs of people waiting with baited breath, or fingers, to unleash an all out storm if any misstep is taken. Chelsea Handler does not know how to navigate the minefield very well. Between blaming Donald Trump[1] for the fires in California and blaming Republicans[2] for mass shootings, she has her hands full making an idiot of herself. 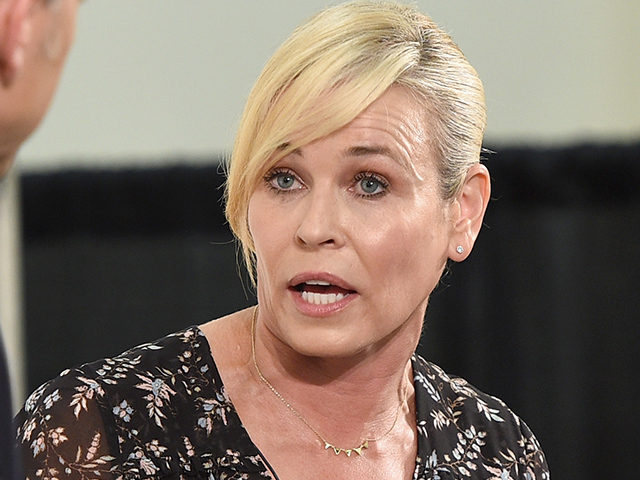 The aforementioned Internet mob unleashed their ire on Chelsea Handler for tweeting a video which pokes quite a bit of fun at Sarah Huckabee Sanders, the White House Press Secretary. A fellow comedian, if you can even call Handler a comedian, impersonates Sanders and gives a makeup tutorial mocking the Press Secretary’s appearance.

Emily Fortune Feimster is the impersonator in question who is mocking the Press Secretary. She puts on a wig and a terrible accent that tries to sound like Sanders. She then gives a poorly drawn out makeup tutorial and takes jabs at President Trump during her quips.

“Look at that, you can’t even see it as you rub it in, it’s invisible, just like the late sign-up for Obamacare,” she says while applying makeup.

“This is foundation, and just like the foundation of America, it’s Republican, it’s strong, and it’s white.”

Glad to see how much of a strong feminist you are, by promoting positive body image of other females. @SarahHuckabee[4]

WOW, the "party of women" & their #Hipocracy[6] goes as far as to #Bullyawoman[7] for her looks! Are you STILL winning or whining? Drink your Kool Aid in this pic.twitter.com/jhkRzB7slf[8]

It's actually hard to find the words to respond to this. What woman does this to another woman? @SHSanders45[11] is beautiful, smart, confident, and a bad ass. Chelsea is anti-woman, sad, angry, small, a bully, and a giant B. Can't stand her angry rhetoric. Go be better, Chelsea.

The Twitter mob came out in full force as you can see from the responses.

“Glad to see how much of a strong feminist you are, by promoting positive body image of other females,” one Twitter user wrote in response to the tweet.

“You are obviously a very unhappy person. Maybe as a modern day feminist you should act like a lady for a change,” an unhappy follower wrote.

But Handler didn’t back down, but rather doubled down, defended the video saying, “deserves to be taken down.”

“This woman deserves to be taken down. She is pure evil,” Handler wrote.

This woman deserves to be taken down. She is pure evil.

What would you say to Chelsea if you had the chance?