The Harvey Weinstein scandal has opened up our eyes to the abusive underworld that is Hollywood and has given people (men and women) the courage necessary to come forward with their stories of harassment and abuse at the hands of powerful players in the entertainment industry. The most recent victim was Kevin Spacey, who was accused of behaving inappropriately toward a 14 year-old boy. 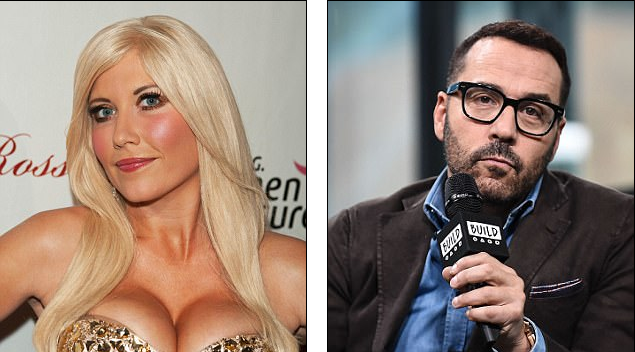 Piven has been accused of sexually harassing an actress while on the set of HBO’s hit show “Entourage.” She made the story public on Twitter, where she alleged that he grabbed her inappropriately and sent her lewd text messages.

Afterward, she tweeted: “Sprint seems to be willing to help me find those explicit text mails you sent to me, @jeremypiven. Enough is ENOUGH with this ‘ish.”

Similarly, actor Andy Dick has been fired from a film after being accused of behaving inappropriately with co-workers, including groping and licking them.

“I might have kissed somebody on the cheek to say goodbye and then licked them. That’s my thing,” he said, vehemently denying having groped anyone on or off set.

While victims have not come forward with these allegations, it is being reported that on more than one occasion, Dick was groping people’s genitals, kissing/licking them without permission and sexually propositioning at least four members of the production. It is unclear whether any of the people he touched were members of production, or fellow actors.

Dick, however, did mention that he may have made unwanted sexual advances toward others while on set. He also mentioned that a lot of that behavior was fueled by his substance abuse.

“I don’t grope people anymore,” he said. “I don’t expose myself anymore. I do understand that the temperature in the world right now is delicate.”

“I didn’t grope anybody,” he repeated. “I might have kissed somebody on the cheek to say goodbye and then licked them. That’s my thing — I licked Carrie Fisher at a roast. It’s me being funny. I’m not trying to sexually harass people.”

Sure, licking someone might put them off, but I don’t think that it constitutes sexual harassment. However, if these victims can prove that he grabbed them inappropriately, I’d be more than happy to listen. Sure, Dick is a little odd, but I don’t think he’s malicious.

That being said, we need to do what we can to facilitate the exposure of all sexual harassers and abusers in Hollywood.