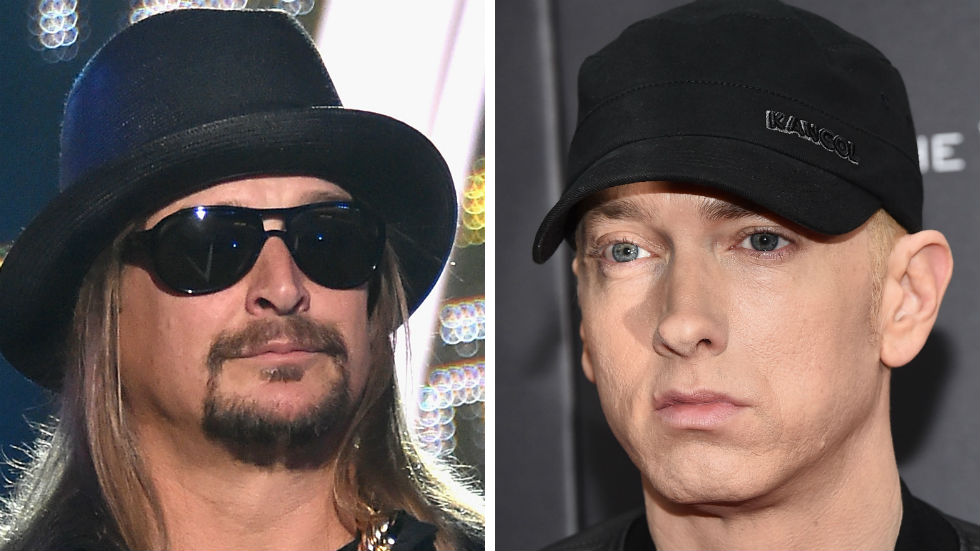 Now that Kid Rock is generally accepted as in the running for the Senate in Michigan, we get to have the same fun as when Trump was running, because having a celebrity go for public office is a whole different ball game. They’re already used to media scrutiny and they’ve already made their money, so they are beholden to no one.

Last week, Eminem was all over the news because of an extremely stupid rap music video he made that was shown on Black Entertainment Television (nobody tell Eminem to look in the mirror, he might be surprised) went into the topics of Donald Trump and even Breitbart’s Steve Bannon.

This week, when the Detroit Pistons played the Charlotte Hornets for the opening of a brand new area in downtown Detroit, both Kid Rock and Eminem appeared on the arena’s Jumbotron and the crowd’s reaction earned from press. Eminem was the first one up on screen, where he introduced the game and played his song Lose Yourself as fans cheered. Then, Kid Rock was next and people started booing.

Nice round of boos for Kid Rock at Little Caesars Arena when they showed him on scoreboard. Wonder why?

Before this, Kid Rock had given six concerts at that new Little Caesars Arena.

In August, Kid Rock took on the NFL kneeling controversy by saying “You know what? F**k Colin Kapernick[3]” to his audience at the Iowa State Fair.

In September, a group associated with the Reverend Al Sharpton set out some racially motivated bait by saying that anyone hiring Kid Rock is “dog-whistling and cat-calling to white supremacist organizations[4] and the white supremacist community, alt-right, whatever you want to call them…” In all the years that Kid Rock has been on the scene, it wasn’t until he came out as a Republican that people started to call him racist.

That’s all you have to do to ruin someone, but its efficacy has worn out. Race baiters like the ones associated with the Reverend Al Sharpton have, for years, screamed RACIST! at everyone who crossed their paths, hoping to scare them into submission. But they’ve called so many people racist over the years that it’s obvious that it’s not truth. “Racist” is not just a word for “someone who disagrees with me and should shut up.”

So, now there’s nothing left to do but to hope against all odds for a Kid Rock vs Eminem rap battle. Maybe CNN can cover it and for once get some good ratings on their channel.