Celebrities just can’t seem to get the message that people don’t want to hear the political rantings from someone paid millions of dollars to play pretend all day. Yet somehow, they keep doing it, even though it never ends well. Wanda Sykes is the latest example of someone who had to learn that lesson the hard way[1]. 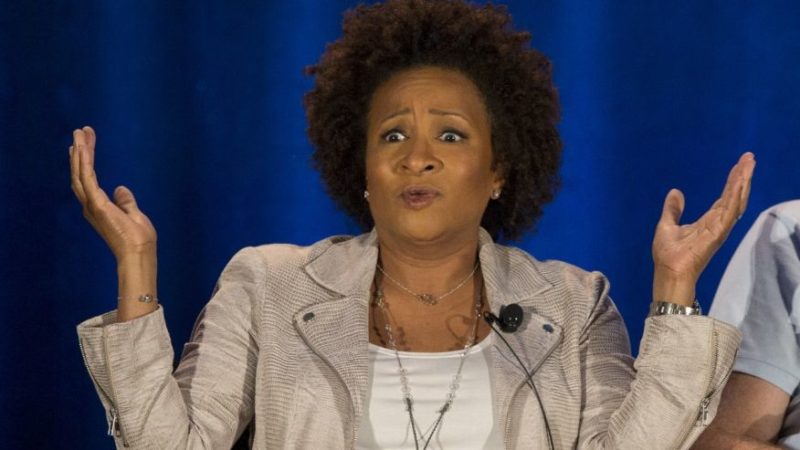 Sykes went to Boston to put on a stand-up comedy show. Yet somehow, she got it into her head that it would be a good idea to start talking about politics in the middle of her act. She stopped halfway through and called Trump a racist. The crowd was not having it and responded by booing loudly.

She reacted by flipping them all off.

In addition to calling Trump racist, she also referred to him as an “orangutan.” But she didn’t just insult Trump — she also insulted millions of Americans, saying, “this is not the first time we’ve elected a racist, sexist, homophobic person.” It’s hardly a surprise that people weren’t laughing, yet she is the one who got angry and told them all to “f*** off.”

The sad thing is that Wanda Sykes is actually a very funny comedienne. She is not some talentless hack like some other celebrities in Hollywood. And the people in that crowd paid a lot of money to be entertained, not insulted or preached at. At the very least, if she was going to make a political statement, she could have tried to be funny about it in the process. Instead, all she did was make herself look like an ass.