Hollywood, normally a melting pot of a whole lot of STUPID, does have some celebrities worth listening to still. One of the few would be Denzel Washington. The recent Academy Award winner was cornered at a press event for one of his movie events a few months back shortly before Trump became president, by a reporter who had an agenda…a political agenda. How Denzel responded to this reporter is brilliant, no genius, in fact…absolutely perfect. Somehow it is just getting out now, but it was worth the wait…it’s that good. 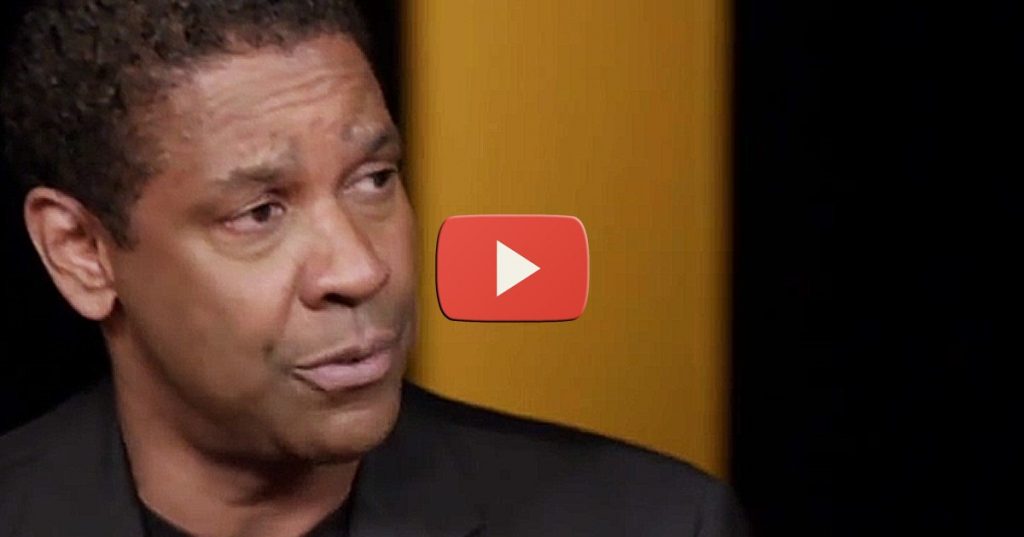 It was not your typical liberal celebrity answer, not by a long shot[2].

“Just wondering who you wound up supporting in the election and why?” demanded journalist Nicholas Ballasy while on the red carpet.

Denzel responded, and without sugar coating a thing.

“None of your business!” he stated, looking quite annoyed by the question.

Instead of getting the message, the reporter continued to press the actor for his views on politics. “What issue do you hope president-elect Trump tackles? What’s number one, in your mind, with the new administration?”

The famous “Glory” and “Training Day” star gave a very smart response. “I don’t know,” he said. “You know, I’d have to be more informed to just say off the top of my head the number one issue.”

That honest answer seemed to be an indirect jab at the countless celebrities who run their mouths on political issues, while knowing almost nothing about the complex topics.

Ballasy wasn’t done, however. The brash reporter pressed Washington on race. “Right now, under President Obama, over the last eight years, in your mind… have race relations improved under his leadership?”

Many other Hollywood figures would have given the stock answer and applauded Obama as the savior of black Americans and race relations in general. Denzel took a different approach.

“You’re white, or whatever you are, and I’m black, or whatever I am — we’re standing here talking now,” Washington continued. “That’s how we get things done.”

He didn’t stop there though, he made sure to be very clear and this moment in time with the reporter actually turned into a teaching moment. “You can’t legislate love. The president of the United States can’t legislate us into liking each other,” he elaborated. “We have to step forward and ask questions about each other and engage.”

“There’s no law that says, oh because I’m president, you all gotta get along now,” the actor explained. “So it’s up to us.”

As you can see Denzel Washington just gets it.

A celebrity who is also intelligent, has his common sense intact and is actually GOOD at what he does, earning the title A-listed celebrity! I have to say, this is more than comforting to hear. With all the garbage coming out of Hollywood, it’s easy to lose hope that there is any sign of intelligent life left there…..but thanks to Denzel, it has been confirmed. Here’s hoping some of his fellow celebrity friends take note and follow his example.

It could happen right?