In Hollywood, being an outspoken conservative gets you punished — while being an outspoken liberal gets you rewarded. Whoopi Goldberg is a perfect example. She was recently chosen to sit on the Academy’s Board of Governors[1], over other more qualified celebrities, and some wonder if it’s because she has been so willing to speak out against Donald Trump. 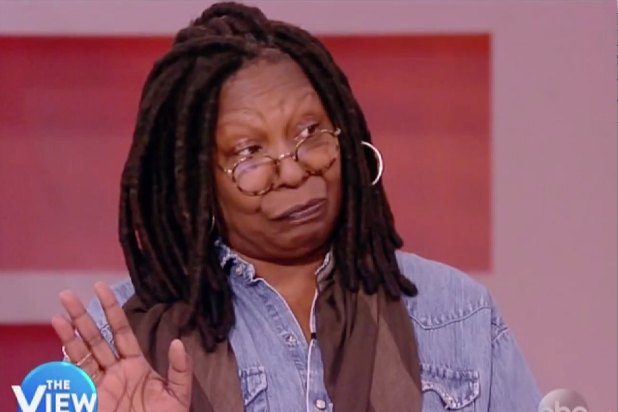 Last December, Whoopi spoke on “The View” about how she believed she was more qualified to be president than Donald Trump[3]. She said that people are actually begging her to run. “Here’s the difference,” she said of her and Trump. “When I speak, at least you know that I’ve actually looked stuff up, so people think that I might be more aware. People know that I’ve had a wide variety of lives, so they think I might know some stuff.”

“But when you have someone who doesn’t seem to do the homework, who doesn’t seem to have any idea how things actually run — when you bring up Hillary, I can only think to myself she may not have been the best candidate for people, but I know she knew what she was doing,” she added.

Whoopi is, indeed, a frequent critic of Trump’s. Could that be why she was chosen over other celebrities with much more impressive artistic accomplishments? The Board of Governors will oversee, among other things, developing the Academy Museum and they will also elect the Academy’s next president. Other members of the Board of Governors include Tom Hanks, Laura Dern and Kathleen Kennedy.

The Academy also welcomed 774 new members, who will vote on each year’s Oscar winners. They include celebrities like Dwayne “The Rock” Johnson, Justin Timberlake, Priyanka Chopra, Kristen Stewart and Betty White. The Academy reportedly wanted to include more women and minorities in an effort to avoid another #OscarsSoWhite controversy.

And Whoopi Goldberg will be among those leading the Academy in the future, despite being most well-known for decades-old films such as “Ghost” and “Sister Act”… and ranting about Trump on a flailing talk show. What an embarrassment for the Academy.