Whoopi Says the UNTHINKABLE About Trump on ‘The View’ – She Has No Limits! [VIDEO]

“The View” is one of the worst shows on television, consisting of a group of liberal harpies screeching at the audience about whatever the issue of the day is. Much of the annoyance comes courtesy of the two most hardcore liberals on the panel, Joy Behar and Whoopi Goldberg. And what Whoopi Goldberg just said on the air was so inflammatory and offensive[1], you’ll have to see it to believe it. 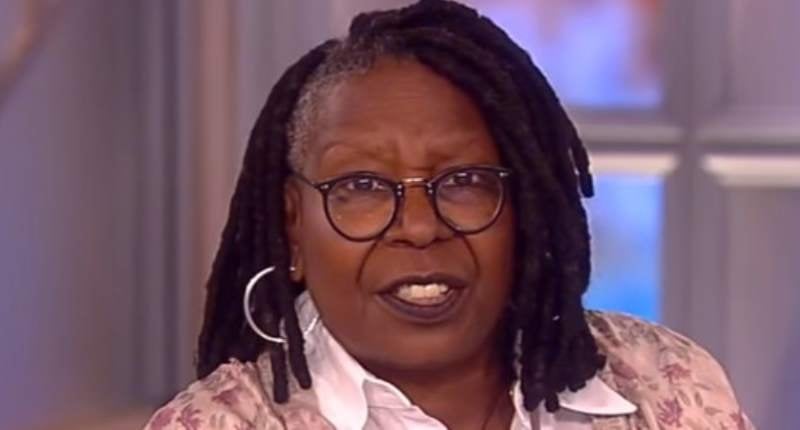 During Tuesday’s show, Goldberg actually compared Donald Trump to the Taliban. “We have had a leader who’s repeatedly demeaned women, wants to defund organizations that benefit women, calling on the media to shut up, specifically wants to give preferential treatment based on religion, are these values really much different than the Taliban’s?” she asked.

“If you’re saying to the media shut up — that’s what [the Taliban] do,” she continued. “Maybe they didn’t start out chopping people’s heads off, maybe they started out differently… because we’re saying to people, here are our American values, and then we’re saying on the same token stuff that sounds exactly like the stuff we’re fighting.”

She then complained that Trump is giving “preferential treatment” to Christians and is forgetting the other religions in the world.

“This is what makes us different from everybody else. Our media, nobody tells our media to shut up and just take it. Nobody,” she argued. “That’s not American. That is the Taliban… my question is, what’s happening?”

It is one thing to disagree with Donald Trump’s policies; even conservatives have been doing that. There are plenty of things to dislike from the Trump administration. But that does not put him on the same level as the Taliban and to say so is so grossly ignorant; there are almost no words to describe it.

The Taliban is a terrorist organization that murders girls for trying to go to school, that plants bombs to kill American soldiers, that stones women for violating Sharia law. Donald Trump is, at worst, a power-hungry misogynist jerk who is even more thin-skinned and egotistical than Obama was and can’t handle being criticized. That is not even in the same realm as a terrorist organization.